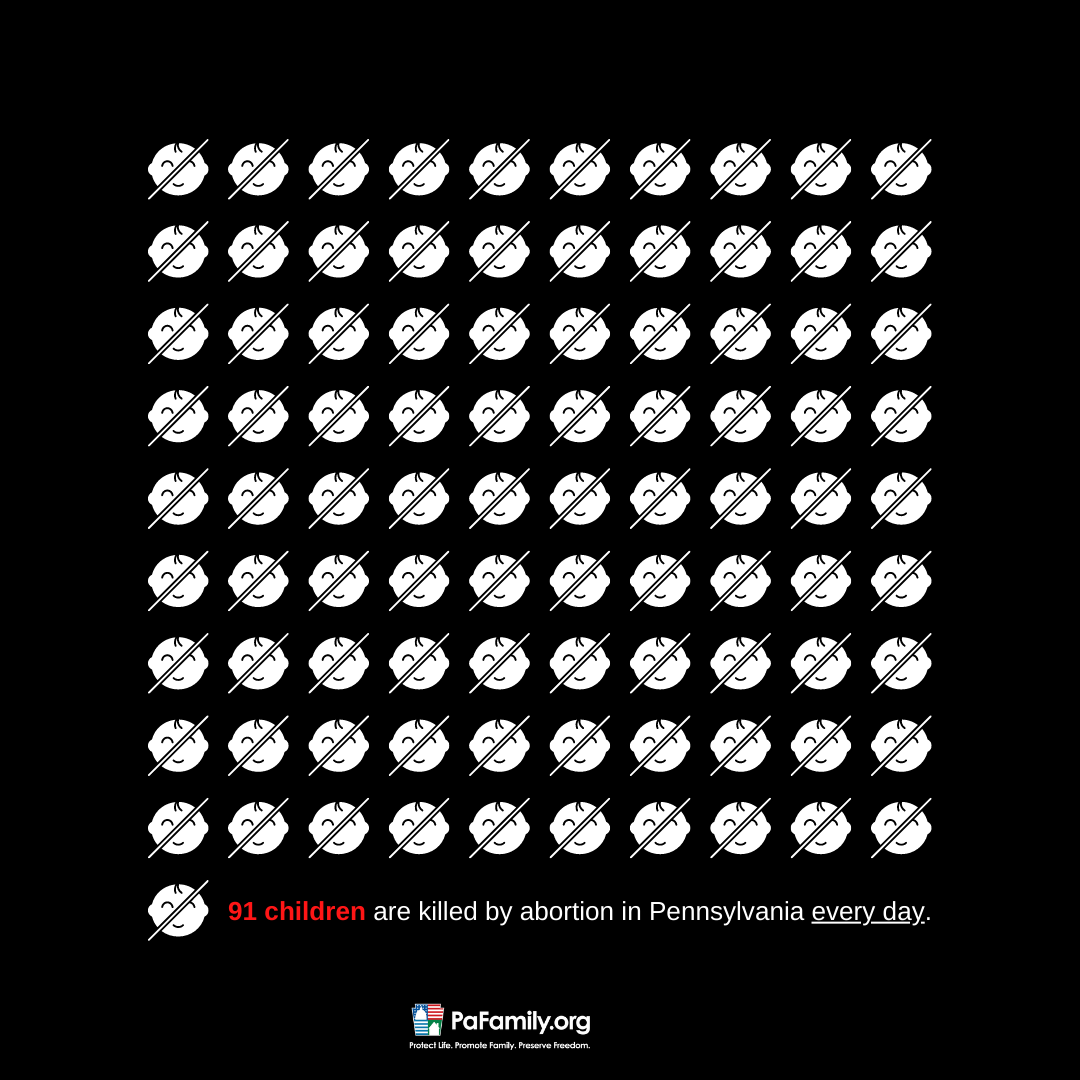 Five takeaways from the latest PA state report on abortion

The Pennsylvania Department of Health has released their annual report on abortion and it shows once again that more abortions are occurring in our state. There were 33,206 abortions reported in Pennsylvania in 2021. That’s 91 abortions every single day.

This is the highest number of abortions since 2012 and also marks the fourth straight year for an increase in the number of annual abortions in Pennsylvania.

Here are five additional takeaways from this latest report:

There are now 18 abortion facilities in Pennsylvania, a majority of which failed a health inspection in 2021.

2. Thousands of babies were aborted after three months in pregnancy.

More than 3,000 babies were aborted after three months in pregnancy. (It’s worth noting that at this stage in pregnancy a baby’s organs and body systems are fully formed.)

More than four hundred babies were aborted after five months in pregnancy. These significantly late-term abortions would have been prevented had Gov. Wolf not vetoed a 2017 bill to prevent any abortion after 20 weeks in pregnancy (five months).

Abortions by Black or African-American women (14,620) are nearly identical with abortions reported by white women (14,949), despite the large population gap between each race, based on the latest census data.

4. Most reported complications from abortion this century.

This alarming report comes on the heels of the FDA continuing to lax safety standards on abortion pills, announcing abortion pills can be sold at pharmacies.

There were more than 18,000 chemical abortions, more than half of the total abortions performed (55%) – a record high for Pennsylvania.

The rise in both chemical abortions and complications from abortions should concern everyone. As Daily Signal reports, “Abortion pills aren’t safe. Mifepristone is associated with 28 deaths, thousands of serious adverse events, and more than 500 life-threatening complications—that we know of, due to weak state and federal reporting requirements.”