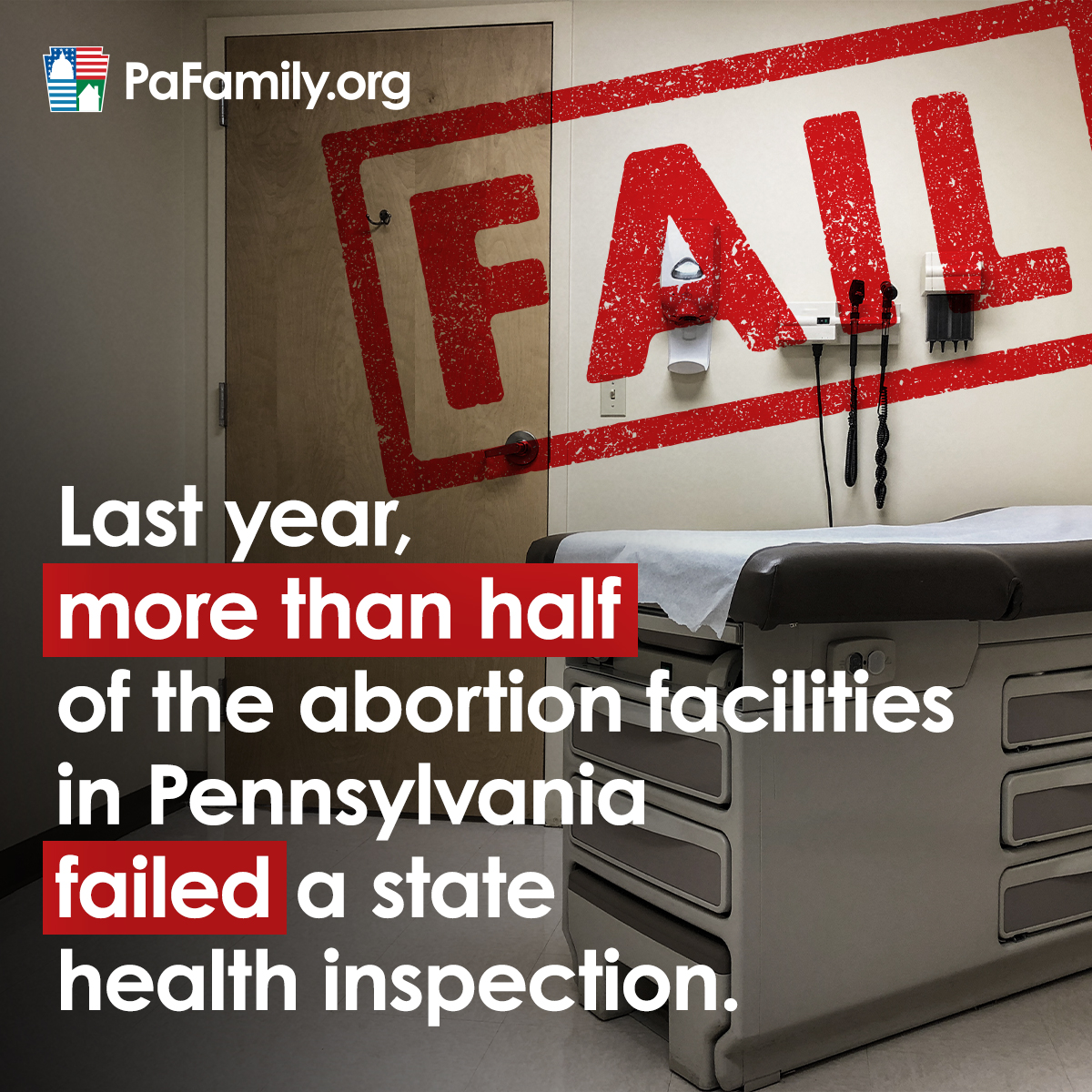 (HARRISBURG, PA – February 10, 2022) Reports from the PA Department of Health show Pennsylvania is reporting fewer births, while the state’s abortion industry — which is suing the state to force taxpayers to fund elective abortions — is profiting from more abortions and failing numerous state inspections.

“This is unacceptable,” said Michael Geer, President of Pennsylvania Family Institute. “These entities, many of which get taxpayer subsidies, have a history of putting profits over patients. That couldn’t be more apparent than in these recent findings. This abortion industry continues to put women at risk while taking the lives of thousands of preborn children for money. Pennsylvanians deserve better.”

The list of abortion facilities that failed a state health inspection in 2021 includes:

These nine locations that failed state inspection are where the vast majority of abortions are performed in Pennsylvania. Each of these locations are also part of the lawsuit, Allegheny Reproductive v. Dept. of Human Services, demanding the state gives them taxpayer dollars to cover abortion services.

Additional information from the Pennsylvania Department of Health reveals:

“It’s shocking that, after receiving millions in taxpayer dollars and after serious health inspection infractions, the abortion industry has the audacity to demand more abortions and even more taxpayer funding in their lawsuit now before the Pennsylvania Supreme Court,” says Alexis Sneller, Communciations and Policy Officer at Pennsylvania Family Institute.

This is why Pennsylvania citizens and taxpayers need our elected officials to pass the Life Amendment. Senate Bill 956, sponsored by PA State Sen. Judy Ward, is a proposed constitutional amendment that would prevent courts from forcing taxpayers to pay for abortions. This bill would also protect Pennsylvania’s current pro-life protections by keeping abortion out of our state constitution.

The abortion industry in Pennsylvania is failing inspections, putting more women at risk, while at the same time attempting to bypass the legislative process and use the courts to force taxpayers to pay for abortions. Pennsylvanians deserve better.