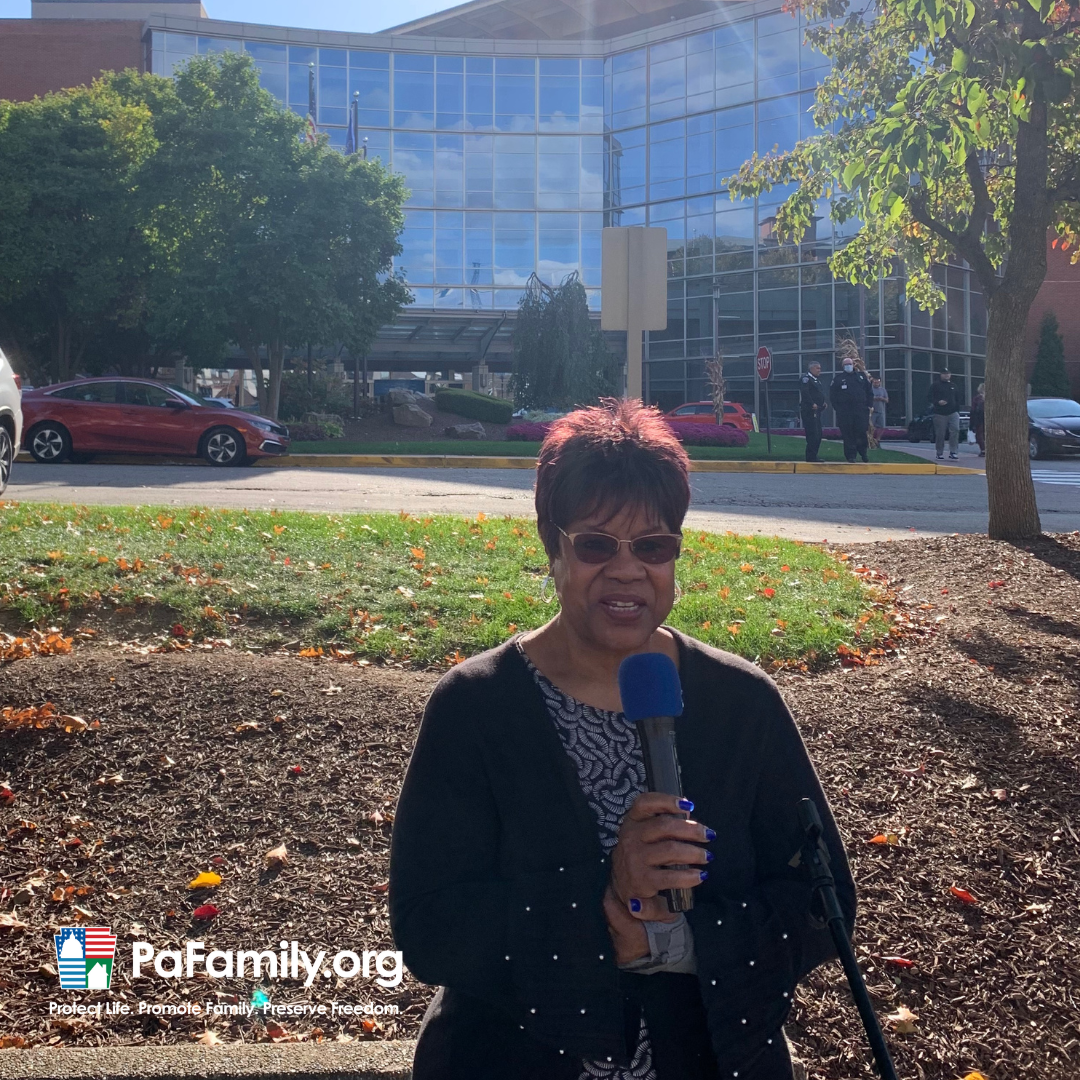 Here is why we rallied outside of UPMC-Magee

PA Family joined The Magee Project and others on Monday to rally against UPMC-Magee for its complicity in abortion and fetal issue experimentation.

UPMC-Magee continues to perform more abortions than any other hospital in Pennsylvania. Their board of directors continue to hold an annual “public” meeting – virtually, so no one is able to attend Monday’s meeting in-person.

That’s especially why we participated in the rally and prayer walk on Monday outside of the hospital to show our opposition to Magee’s continued participation in abortions, which commits hundreds of abortions every year.

Speakers included Meredith Parente with The Magee Project, who organized the rally and prayer walk, a group that continues to work to hold the hospital accountable for its participation in barbaric practices. Sheila Constantino from Willow Women’s Center shared how her organization is helping young women choose life and telling them the truth about the harms of abortion. Pastor Nathan Beard of Fairmount Presbyterian Church led a time of worship and closed the rally with a benediction.

PA Family’s Judge Cheryl Allen also spoke about the need for the Life Amendment as well as the continues threats of violent attacks on pro-life activists and organizations.

“The recent events by the DOJ under the FACE Act is selective prosecution and an effort to silence the pro-life movement,” stated Allen, in reference to the many pro-life activists being arrested, including father and activist Mark Houck. Armed FBI agents conducted a morning arrest of Houck, despite a state judge already dismissing charges against the father.

Judge Allen pointed out that while armed agents are arresting pro-life witnesses, not one arrest has been made on the numerous attacks on pregnancy centers, of whom the FACE Act clearly includes.

Speaking out at the rally while in front of pro-abortion protestors, Judge Allen repeated the call to courageously stand for truth. “Truth does not require consensus or cease being truth just because people stop believing it.”

Hundreds of elective abortions should not be happening at any hospital in Pennsylvania. Join us in contacting UPMC-Magee to call out these inhumane practices. You can submit comments to the board of directors by email to Christine Rullo at rullcm@mwri.magee.edu or by mail:

UPMC-Magee, along with the University of Pittsburgh, are involved in a fetal tissue bank called Pitt Biospecimen Core, which receives donations from Planned Parenthood. Pitt/UPMC has multiple staff members that work at Planned Parenthood, the largest abortion business in Pennsylvania, performing abortions and training medical students to do so.

Planned Parenthood, however, earlier this year publicly denied it collects any fetal tissue in Pennsylvania – despite recent evidence of a representative from the Center for Organ Recovery and Treatment (CORE), an organ procurement organization, walking out of the Pittsburgh Planned Parenthood with a cooler full of small bags.

That is why we are calling for an immediate investigation by Attorney General Josh Shapiro and other elected officials after this CORE representative was seen carelessly removing small bags from the Pittsburgh Planned Parenthood – even dropping bags in the street as he walked to his car.

For more on this call for investigation, click here.