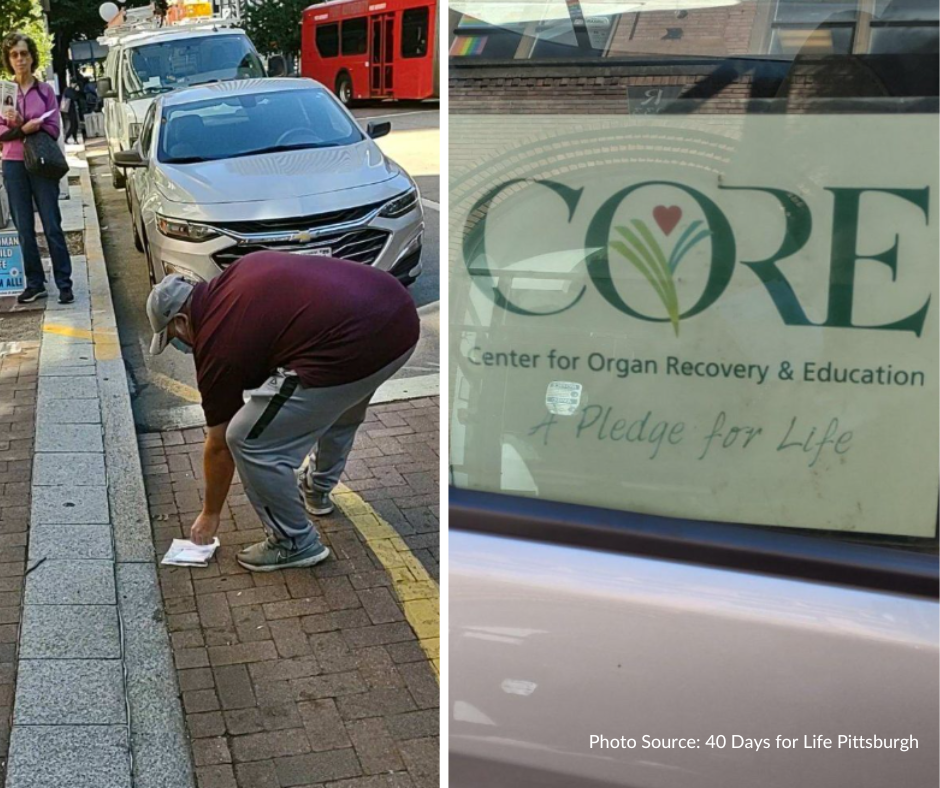 (PITTSBURGH, PA) Pennsylvania Family Institute is calling for an immediate investigation by Attorney General Josh Shapiro and other elected officials after an organ procurement organization was seen carelessly removing small bags from the Pittsburgh Planned Parenthood despite reports that the abortion facility does not collect fetal tissue.

“New evidence shows what appears to be small bags of aborted baby parts being mishandled outside of Planned Parenthood in Pittsburgh, with bags falling to the ground as they walk out,” stated Judge Cheryl Allen with the Pennsylvania Family Institute. “This taxpayer-funded organization has a lot of explaining to do.”

On October 5, 2022, a representative with the Center for Organ Recovery & Education (CORE) was witnessed by members of 40 Days for Life leaving the Pittsburgh Planned Parenthood abortion facility with a cooler filled with small bags. At least one bag fell to the ground as the representative was walking to his vehicle.

“What is in these small bags that are being handled so carelessly?” asked Dan Bartkowiak, Director of Communications for Pennsylvania Family Institute. “If these bags contain organs from aborted babies, what are they being used for and what is communicated in the process of a woman having an abortion? We deserve answers from CORE. We deserve answers from Planned Parenthood of Western Pennsylvania, which has received over $1.2 million in tax dollars since 2017.”

Earlier this year, the University of Pittsburgh (Pitt) released an investigative report claiming that Planned Parenthood was not involved in any collection of fetal tissue for research. However, the “independent” firm who conducted the report is suspect due to its glaring conflict of interest as one of the main firm members is an alumnus of Pitt. The report was initiated by Pitt, attempting to explain their inhumane and taxpayer-funded experiments on aborted babies.

The Pennsylvania Abortion Control Act states that the person obtaining informed consent may not “employ the possibility of the use of aborted fetal tissue or organs as an inducement to a pregnant woman to undergo abortion.”

According to their website, CORE has partnered with the University of Pittsburgh on numerous occasions and several staff and advisory board members are connected with UPMC.