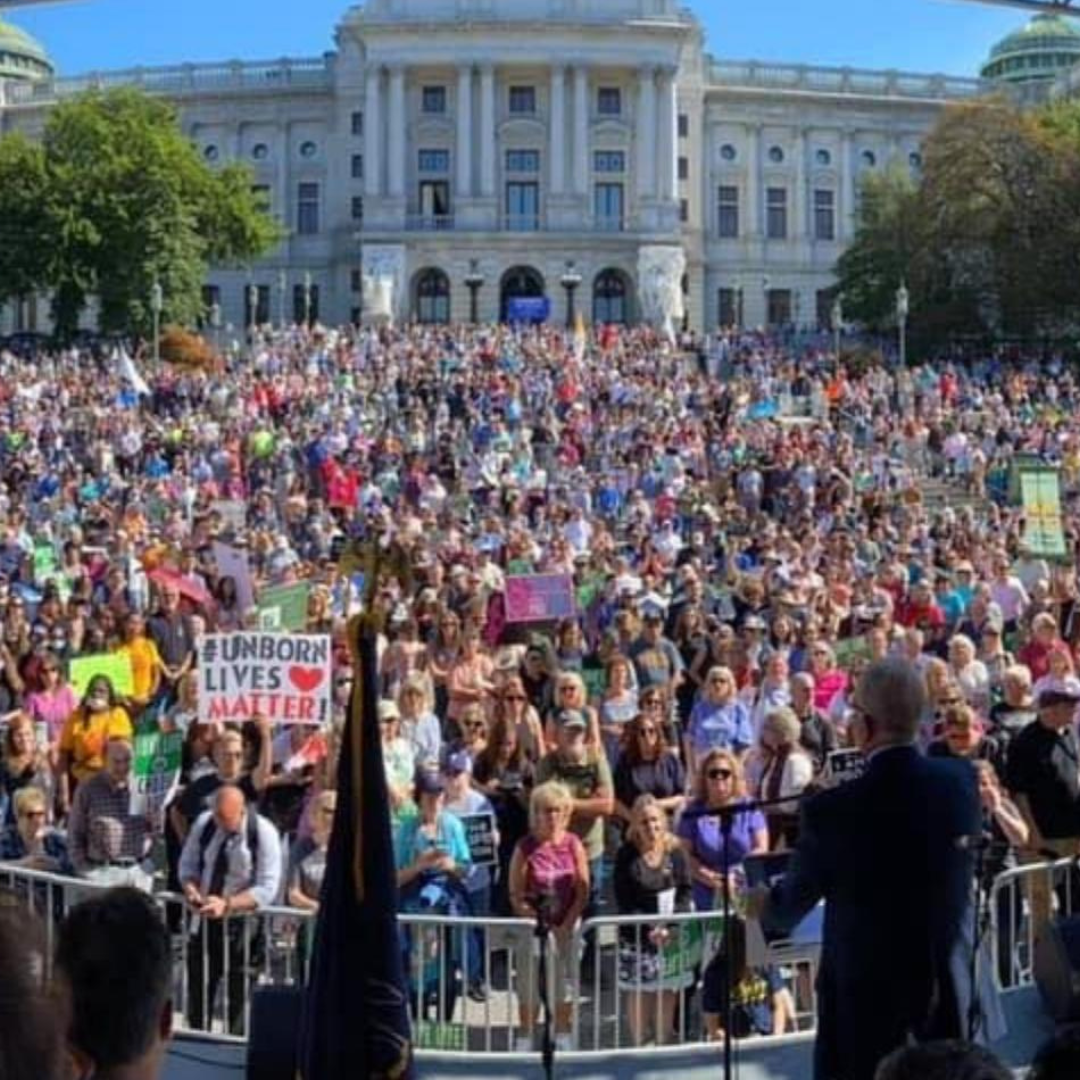 This article was originally published by PennLive.

By: Jeanne Mancini and Michael Geer

The Pennsylvania March for Life on Monday, September 19th in Harrisburg is the first official state march in the nation since the overturn of Roe v Wade. It follows last year’s inaugural march which was heralded by many as the largest rally ever at the State Capitol. This year, thousands are expected from all corners of the state to unite in marching for the protection of preborn children.

Why will so many march in Harrisburg on a Monday in September? Pennsylvanians from all walks of life recognize the fundamental truth that life has inherent value and is a human right. At the Pennsylvania March for Life we will publicly declare that we believe women deserve better than abortion, and that lives should be protected and cherished, not discarded through the violence of abortion.

Today’s generation has grown up seeing life inside the womb through ultrasound technology. The humanity of preborn children is evident through these images that reveal not only whether to expect a boy or girl, but also that children in the womb hiccup, suck their thumbs, and even smile. Scientific advancements confirm that there is a unique human life from the moment of conception.

When a woman is facing an unexpected pregnancy, she needs to be told, “you’ve got this” and encouraged by real support. Yet the abortion industry continues to push fear and prioritize profit over providing such necessary support and, in doing so, does a profound disservice to women. Sadly pro-life movement pregnancy centers, groups that offer collectively over 270 million dollars in free resources to families facing unexpected pregnancies each year have been under direct attack from abortion proponents. Planned Parenthood, our nation’s largest abortion provider, offers no prenatal services, pregnancy support, or early childhood development education.  Rather, the organization profits handsomely from abortion procedures, charging roughly $750 per procedure and providing nearly 400,000 abortions in the last year that data is available.

Elected Pennsylvania state legislators have voted numerous times to improve upon our state’s outdated and inhumane abortion laws, which still allow abortion as far as the 6th month in pregnancy (24 weeks). Gov. Tom Wolf disturbingly has prioritized the interests of the abortion industry over the well-being of Pennsylvania families and vetoed these compassionate improvements. He would prefer to make abortion unrestricted through all nine months of pregnancy and funded by your tax dollars.  But now that the U.S. Supreme Court has overturned Roe v Wade, permitting individual states to pass laws that protect life, it’s time to redouble our efforts to protect life in Pennsylvania.

This is why we must march in Harrisburg. We march for all preborn children. We march for the over two million babies who could not speak in their own defense and were heartbreakingly aborted in Pennsylvania since 1973. And when we see the smiling faces of children like Emma from York and Jackson from Pittsburgh who were born at 24 weeks in pregnancy – which is shockingly the same length of time you can still legally obtain an abortion in Pennsylvania – we are reminded of the great loss abortion has inflicted upon our communities.

We march in recognition of the many Pennsylvanians who are helping women through their local pregnancy center, like Women’s Choice Network in Pittsburgh which has empowered 7,000 mothers to choose life.

We march for Beth, a young girl in central PA who was being coerced into having an abortion and who was told this was her only option if she wanted any future.  Thanks to the Independence Law Center, she was empowered to choose life and is now happily raising her baby girl. Women and their families need to know there are better options than abortion.

We will continue marching until abortion is unthinkable, until every unborn child is protected, and until every family knows of the many great support networks that exist in order for them to truly cherish every life.

For more about the Pennsylvania March for Life, visit Pa.MarchForLife.org.