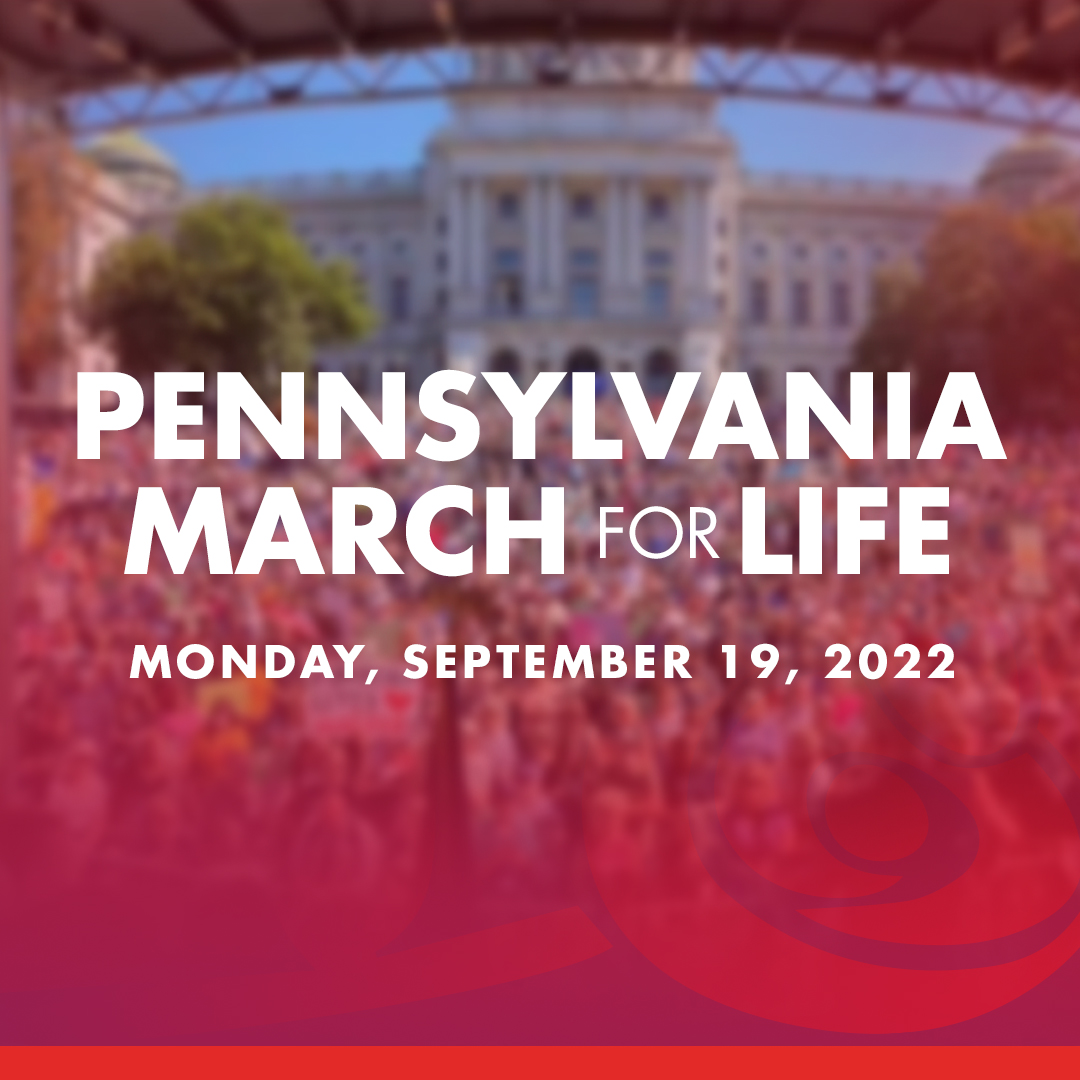 Pennsylvania March for Life Set for September 19th in Harrisburg

Last year’s first-ever march was one of the largest rallies ever at the PA State Capitol.

(HARRISBURG, PA – January 21, 2022) The Pennsylvania March for Life, which last year was one of the largest rallies ever in Harrisburg thanks to pro-life families from across Pennsylvania, is scheduled to gather again at the State Capitol for a rally and march on Monday, September 19, 2022 in support of protecting preborn life from conception.

“The turnout from last year’s first-ever Pennsylvania March for Life exemplifies how important the issue of protecting life is for citizens from every corner of our Commonwealth,” comments Michael Geer, President of the Pennsylvania Family Institute. “We are excited to once again partner with Jeanne Mancini and the March for Life to rally and march with thousands of Pennsylvanians for the protection of preborn babies in our local communities.”

An estimated 5,000+ attended the first-ever Pennsylvania March for Life last September. State lawmakers were blown away by the turnout. Senate Majority Leader Kim Ward said it was the biggest crowd she’d ever seen since becoming a senator. State Rep Kathy Rapp echoed this sentiment: “The largest rally I have ever seen in Harrisburg!”

The U.S. Supreme Court may rule this year to overturn Roe v Wade in their upcoming decision on the Dobbs case. This ruling would give each state the authority to determine abortion laws. Pennsylvania currently has a number of laws on abortion, including a 24-hour waiting period, informed consent, a 24-week limit, parental consent for minors, a ban on taxpayer funding of elective abortions and regulations on abortion clinics such as mandatory state inspection.

The abortion industry in Pennsylvania is actively seeking to force taxpayers to fund abortions and reverse every pro-life law in our state with a lawsuit that is now before the Supreme Court of Pennsylvania. This is an industry that routinely fails state health inspections while profiting from tens of thousands of abortions every year.

“This year may be the beginning of a post-Roe America, which puts all the more importance on protecting Pennsylvania’s current pro-life laws while working towards improvements to save preborn lives across our Commonwealth,” says Alexis Sneller with Pennsylvania Family Institute.

“That’s why events like the Pennsylvania March for Life are so important and why we hope many will rally and march with us on September 19th,” added Sneller.