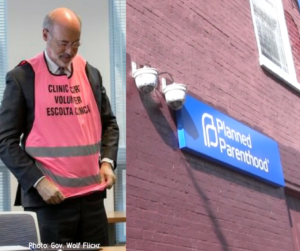 Governor Tom Wolf just claimed it “devastating” for federal family planning funding to be directed to health centers that do not perform abortions and said he would “do everything I can to protect PA from this plan.”

Abortion is not health care and taxpayers should not be forced to fund organizations that perform abortions. There are several reasons Pennsylvania elected officials should be protecting citizens from the largest abortion provider in the state:

Fact #1: Planned Parenthood has failed nearly half of their Pennsylvania state health inspections since 2017.

Fact #3: Planned Parenthood is in the business of ending life.