“The United States is currently out of the mainstream in the family of nations, in which only 7 out of 198 nations allow elective abortions after 20 weeks of pregnancy.”

This statement from the Trump administration in support of the Pain Capable Unborn Child Protection Act, which would end late-term abortion after five months of pregnancy (20 weeks), was recently fact-checked and confirmed by the Washington Post.

“While the statistic seemed dubious at first, the data backed up the claim,” they found. The Washington Post went on to confirm this claim “earns the coveted Geppetto Checkmark,” which is the highest mark in their Pinocchio test – reserved for “statements and claims that contain “the truth, the whole truth, and nothing but the truth”” and “tend to reserve this for claims that are unexpectedly true, so it is not awarded very often.”

This Pinocchio test scales from the Geppetto Checkmark to Four Pinocchios for a “whopper” of a falsehood – like the Planned Parenthood supported inaccuracy of one in three women having an abortion.

This year, Pennsylvania State Senators passed SB3, which would allow PA to join this list and update the state’s abortion limit from 24 weeks – a time when the majority of babies would survive on their own. SB3 is now awaiting action in the State House of Representatives, who passed similar legislation last session by a two-thirds majority. 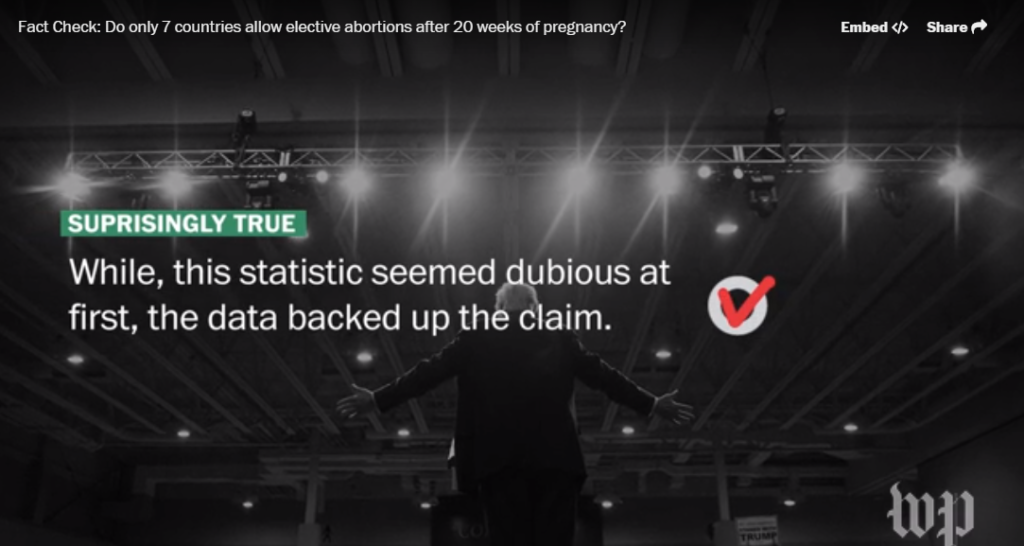