PA is one-vote away from putting children at risk, bringing gambling to every household

On June 7th, HB 271 was quickly and narrowly passed by the House 102-89 despite bipartisan opposition. The legislation was amended to permit video gaming terminals at licensed liquor venues such as nursing homes, restaurants, or bowling alleys.

TAKE ACTION – Tell your State Representative NO on HB271 before it’s too late.

SUMMARY OF HB 271: DOUBLETALK AND INCONSISTENCY

The root desire for expanding gambling is not for the betterment of its citizens, but rather a way for legislators to spend more while not receiving backlash for raising taxes, making gambling itself a masqueraded tax. In fact, HB 271 even states, “legalized gaming was seen as a means to provide sources of revenue for property and wage tax relief,” which in layman’s terms means gambling is a source of state revenue just likes taxes.3 As such, this increase in gambling will merely be another way for the state to tax its citizens.

HIGHER RISKS: HOW THE STAKES ARE BEING IGNORED 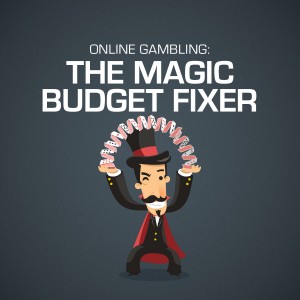 Studies have shown that online gaming, specifically lotteries and casino gambling, exhibit higher rates of risky betting, because it attracts certain demographics partial to its unique aspects. Those unique aspects include ease of access, faster pace of games, and anonymity, where, as the International Journal of Mental Health and Addiction states, “demographic difference[s] between online and offline players has helped discover the existence of higher risk factors among online players.” In that sense, online gaming preys on citizens most susceptible to losing money.

Just as online casinos engender greater losses for participants than physical casinos due to risky betting, daily sports betting engenders greater losses than physical casinos. The blame lands squarely on the online aspect where physical gambling has a sort of segregation and daily fantasy sports does not. At a casino, the best players are at tables with the “biggest buy-ins,” while new people go towards lower buy-in tables. Such division does not happen with daily fantasy sports, instead a new person has a strong likelihood of going against one of the top players and losing significantly. One sample showed 1% of the players pay 40% of the entry fees, but take home 91% of the profits. As a result, the remaining 99% share 9% of the profits. Essentially, daily sports fantasy has a higher likelihood of incurring losses for its participants.

There are only three states that have legalized online gambling (Nevada, New Jersey and Delaware) and only three states that sell lottery tickets online (Illinois, Georgia, Minnesota). The reasons to prevent such activities are numerous including regressive taxation, online concerns over normalization for children and greater regulation difficulty, and crime rates.

Additionally, the lottery has worse odds than casino gambling with the state keeping 33 cents on the dollar and casinos keeping 4.4% of the take. Given that HB 271 is directed at expanding lotteries online in order to increase state revenue, HB 271 creates worse odds for poorer lottery participants.

The online aspect of HB 271 presents a unique problem – it is harder to regulate who has access to gambling and if they are cheating. Children are more likely to have access to online gambling than physical gambling, which normalizes gambling for them and makes them more likely to participate in extreme levels later in life. Furthermore, cheating has been a problem in daily fantasy sports games, which could also be said about other forms of online gaming. Specifically, scripts programs allow users to alter games in numerous ways such as automating actions and altering what other players see. Online gambling will present obstacles for regulating access and cheating.

Two final concerns with expanding gambling are increased crime and bankruptcy following the opening of new casinos. The journal International Advances in Economic Research states that casinos increase bankruptcies by 9.23% during their first year open, with there being a continuous higher level of bankruptcies over time. Likewise, evidence shows higher crime rates in counties with casinos, with the residents more likely to be the victims. While that data relates to physical casinos, it is not the physical site but rather the activity that produces the crime and bankruptcy. As a result, if HB 271 passes there will likely be increased crime and bankruptcy across Pennsylvania.

STATUS OF HB271 – Tell your State Representative NO on HB271.

The PA House passed HB271 in April. The State Senate voted to make changes (amendments) to HB271 before passage. HB271 is now again before the PA House with these changes and if they decide to pass, it would go to the Governor for approval.

The cost to Pennsylvanians is simply too high. Ensure that Pennsylvania does not expand gambling online by using our online Citizen Action Center to send messages to your state representative. Let’s say NO to expanded gambling – whether it’s HB 271 or some amended version – it’s bad for families, bad for businesses, bad for public policy.