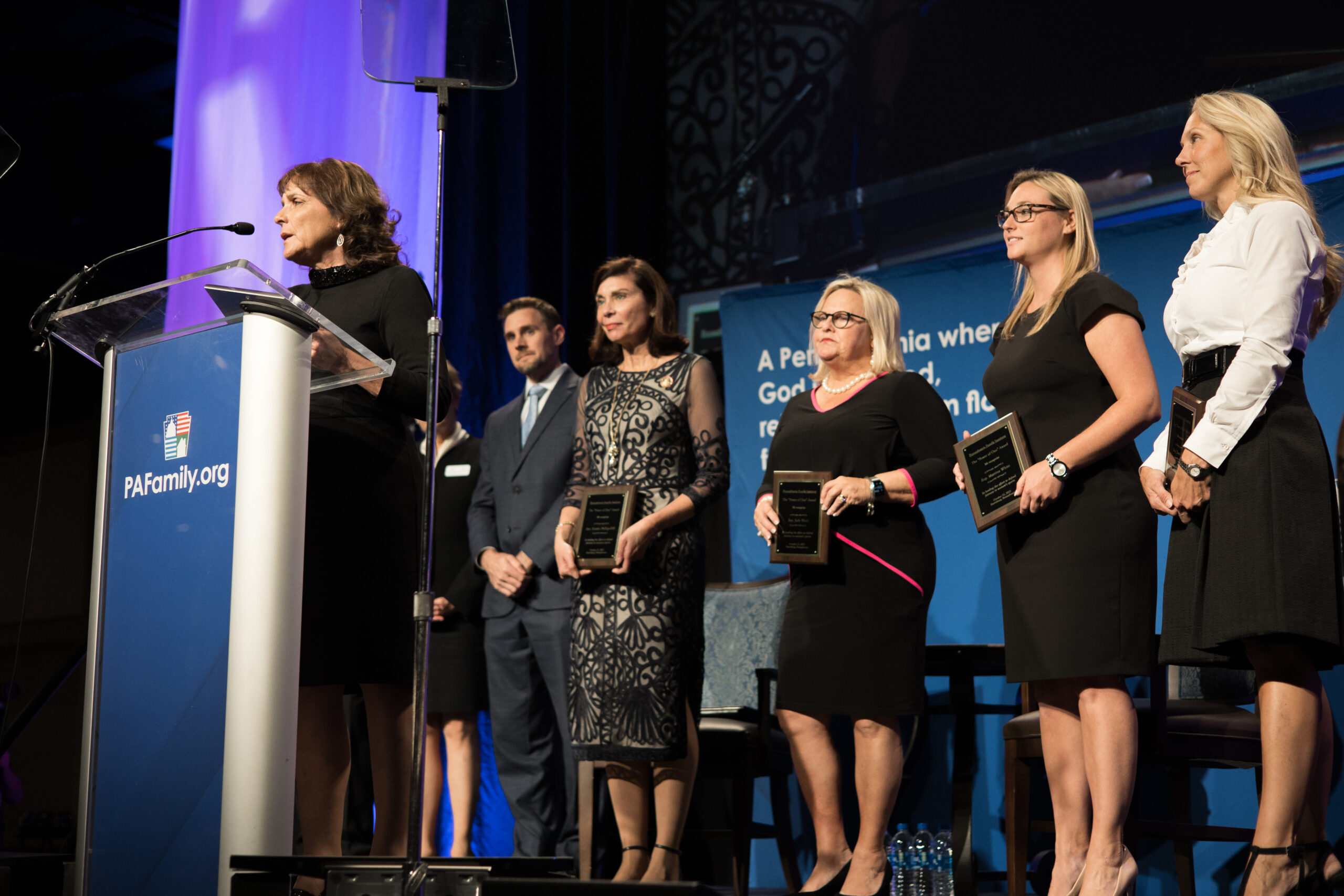 At the Friends of the Family banquet on October 22, 2022, Lexi Sneller of PA Family had the honor of presenting Power of One Awards to the courageous legislators in Pennsylvania that led the charge for protecting women’s sports in our state.

The prime sponsors of the Fairness in Women’s Sports Act were each presented with the Power of One Award:

These seven women (five women in the State House and two in the State Senate) stepped up to take a stand and work to protect female athletes in Pennsylvania. They recruited many of their colleagues to support the bill.The Power of One Award recipients advocated tirelessly to defend our athletic opportunities and ensure that our young women will not stand alone.

More than simply introducing legislation, they used this fight as an opportunity to shed light on what is happening and why we need to take a stand. They have used it to give a voice to all the young women in our Commonwealth who feel silenced and sidelined. And, importantly, their work is empowering school boards to protect their students.

Even though Governor Tom Wolf vetoed the bill, we know that the efforts of these award recipients had an impact.

Female athletes, parents, families, and concerned citizens from throughout Pennsylvania witnessed the erosion of girls’ sports in 2022 and found the courage to stand up and say, “Enough.”

More than anything, the prime sponsors of the Fairness in Women’s Sports Act as well as each of its many legislative co-sponsors  sent a message to female athletes in Pennsylvania that the injustices they face have not gone unnoticed, and that every effort is being made to protect their rights.