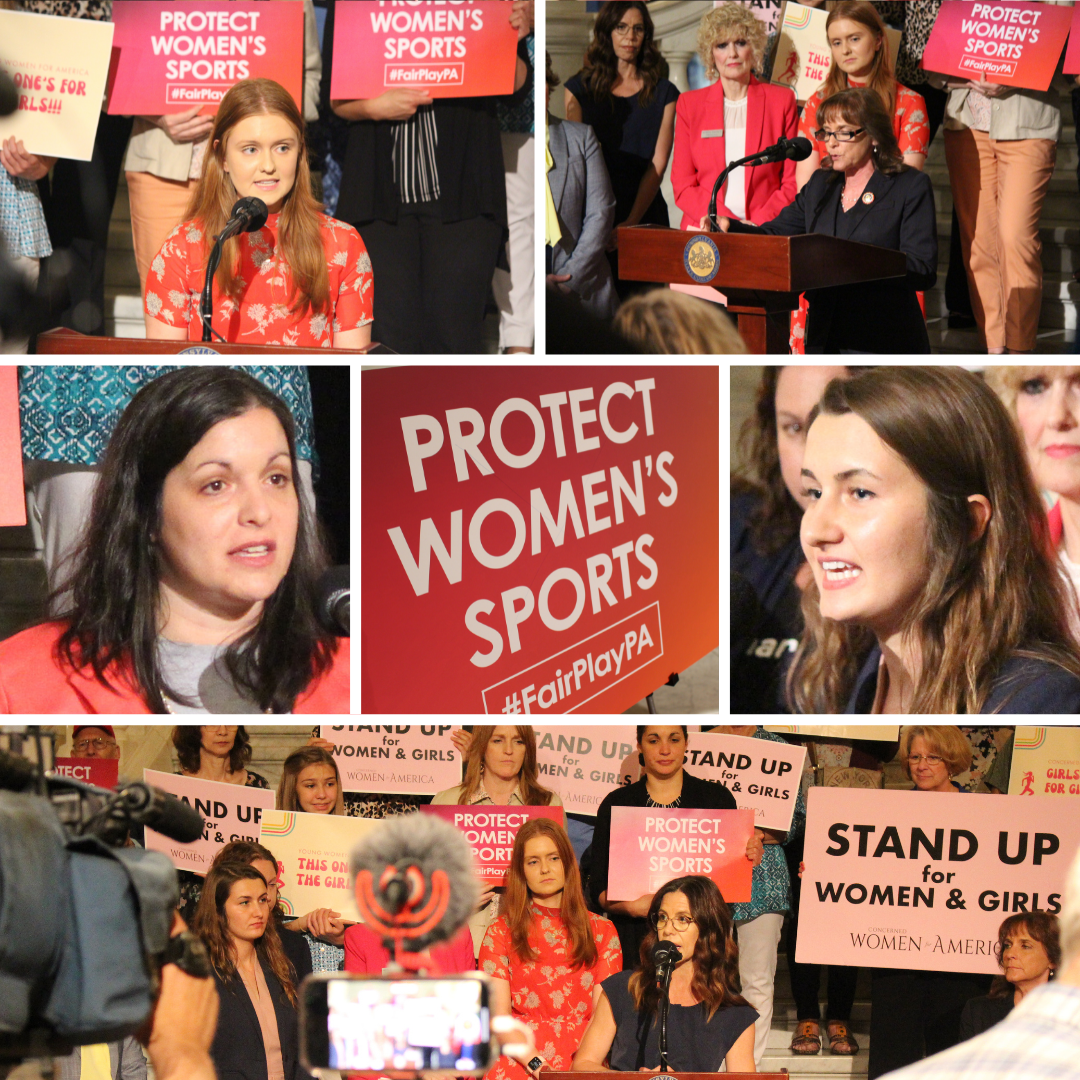 A Win for Women: PA Senate Passes the Fairness in Women’s Sports Act

(HARRISBURG, PA) – Today is a win for women and girls across our Commonwealth, as the PA Senate voted to pass the Fairness in Women’s Sports Act, HB 972, which would ensure that sports are separated by biological sex.

“We thank every State Senator that voted today in support of women and girls throughout Pennsylvania,” stated Emily Kreps, legal assistant for Pennsylvania Family Institute and former collegiate swimmer. “Women and girls should not be left racing for second in their own sport. We ask Governor Tom Wolf to show his support for women’s equality and sign this bill.”

House Bill 972, led by five female State Representatives including State Rep. Barb Gleim (R – Cumberland), would protect decades of hard-won opportunities for women by ensuring sports are separated by biological sex.  “Thousands of girls across our Commonwealth are looking to us, to leaders, desperately asking for someone to take a stand,” said Rep. Gleim. “They have already lost opportunities and been left to grapple with uncomfortable, painful, and difficult situations because no one in authority has been willing to defend them. We have the opportunity to be a voice for these girls and to protect the hard-won benefits of Title IX for generations of women to come.”

State and national leaders held a press conference hosted by PA Family, calling for the Senate to protect athletic opportunities for women and girls in our Commonwealth by passing the Fairness in Women’s Sports Act.

“This past season, we saw the female swimmers at Penn silenced by their coaches and the administration to accommodate the feelings of a male swimmer, Lia Thomas,” added Kreps. “We can and must do better.”

“It is encouraging to see leaders stand up to preserve the hard-won opportunities gained for women athletes through Title IX almost 50 years ago. The Fairness in Women’s Sports Act will defend a fair playing field for female athletes,” says Alexis Sneller, Communications and Policy Officer at Pennsylvania Family Institute.

Recent polling by Spry Strategies for the Women’s Liberation Front and the American Principles Project reported nearly 75% of Pennsylvanians support protecting women’s sports by keeping it separated based on biological sex.

Pennsylvania Family Institute is the state’s leading pro-family organization; encouraging responsible citizenship and engagement to see Pennsylvania as a place where God is honored, religious freedom flourishes, families thrive and life is cherished.