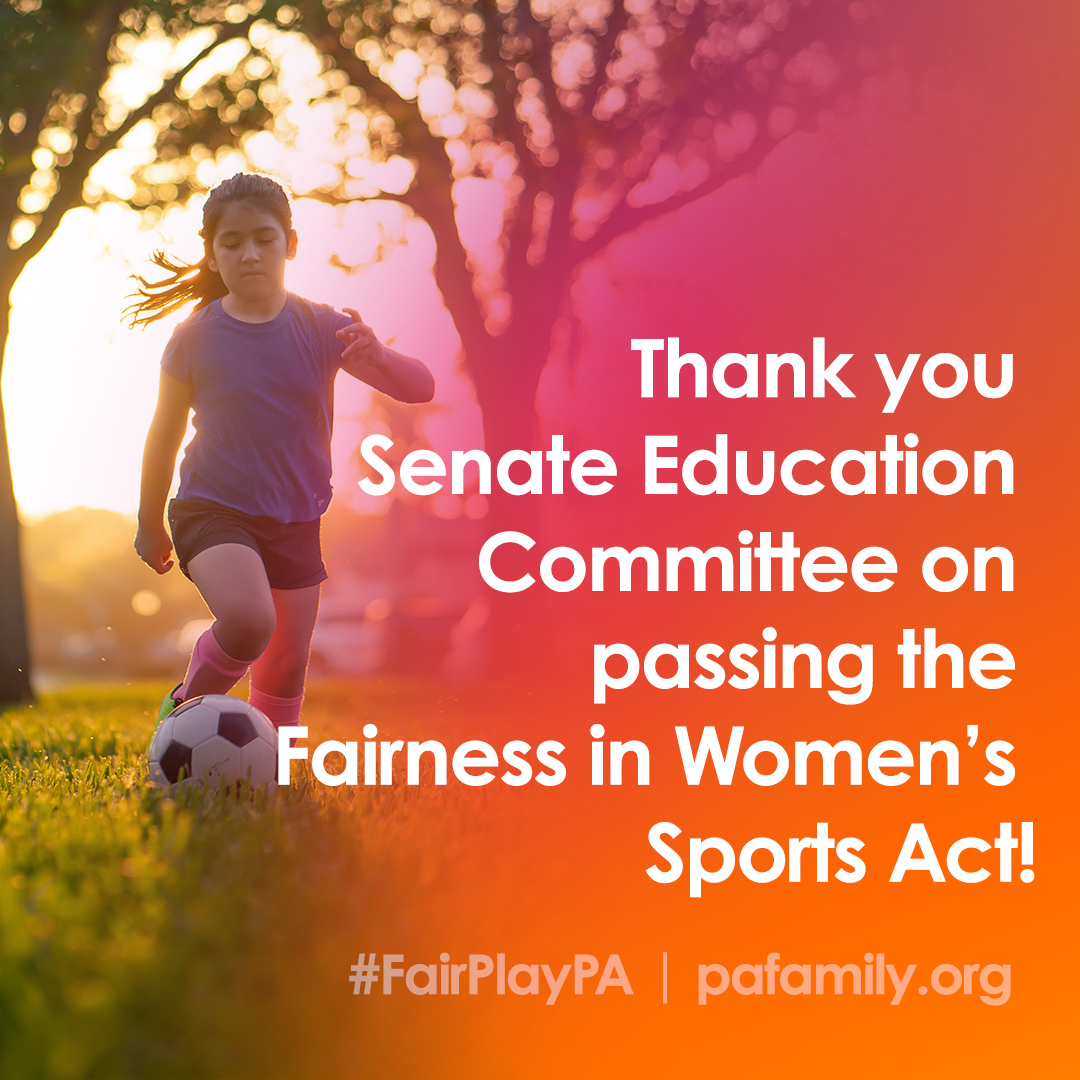 HB 972 would ensure fairness for all in sports by allowing everyone to compete based on their sex.

(HARRISBURG, PA) The Pennsylvania Senate Education Committee just passed by a 7-4 vote the Fairness in Women’s Sports Act, House Bill 972, which will preserve a fair playing field for women and girls in sports. The bill ensures everyone can compete in sports based on their sex.

“Men have a biological advantage over women, and when women are forced to compete against them, they lose their right to a fair playing field. It is incredibly encouraging to see leaders taking a stand to ensure that women do not lose out on decades of hard-won opportunities, gained through Title IX,” said Alexis Sneller, communications and policy officer at the Pennsylvania Family Institute.

Males like CeCe Telfer and Lia Thomas recently won national championships in women’s divisions, and others are ditching the boys teams to compete on girls-only teams. Thomas, a man who identifies as a woman competing on the women’s swim team at the University of Pennsylvania, won the NCAA title in the 500 freestyle. “With the silencing of any female opposition by the NCAA and the Ivy League, it became abundantly clear that the legislature was needed to ensure fairness in sports for women,” said Emily Kreps, legal assistant and former collegiate swimmer at the Pennsylvania Family Institute.

Take Action: Go to pafamily.org/fairplay to contact your State Senator in support of the Fairness in Women’s Sports Act.