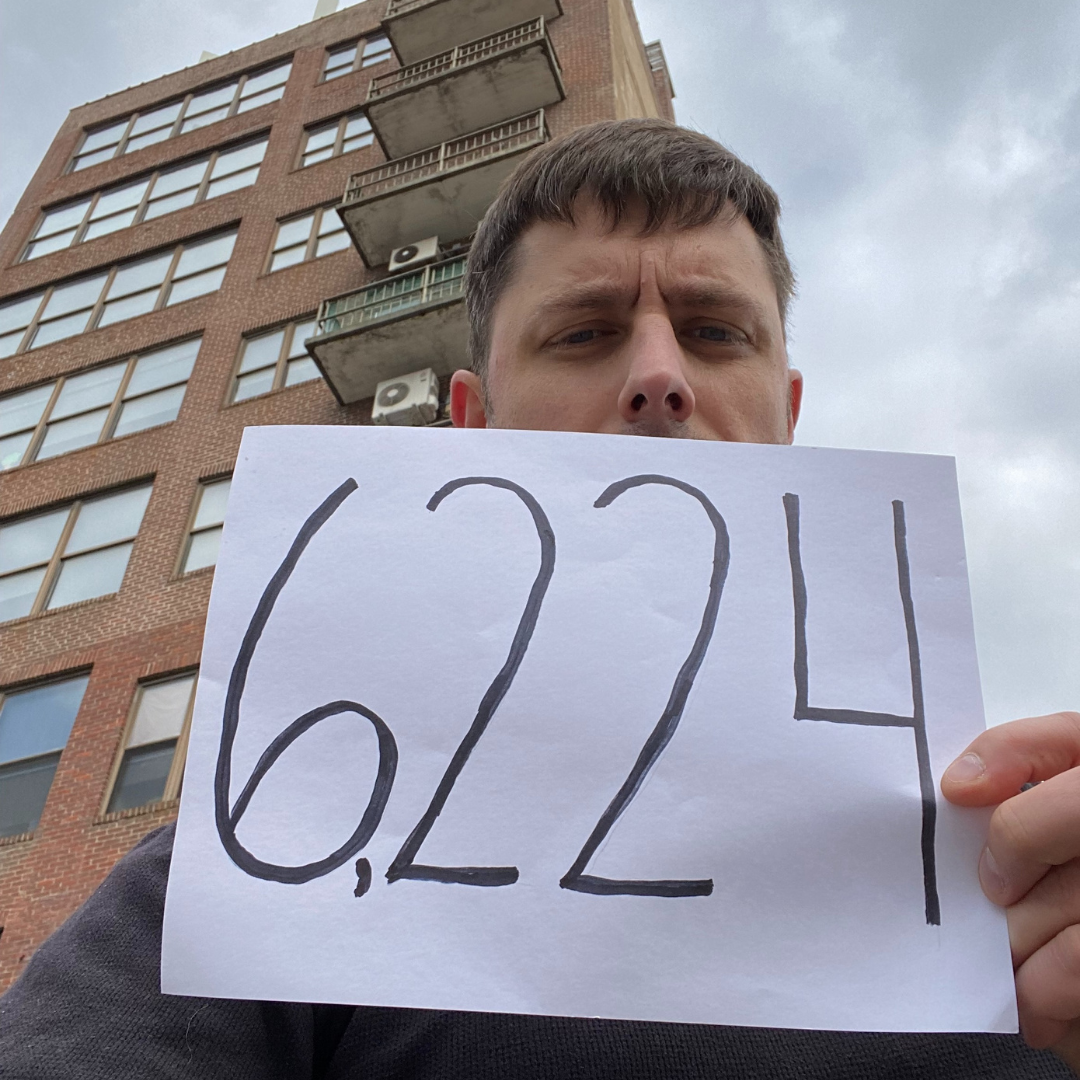 Why I Held This Sign at the Philadelphia March for Life

There’s an awful reason why only one floor of this building has tinted windows.

Philadelphia has made national headlines for its spike in violent crime. This year, murders in the City of Brotherly Love are on pace with Chicago despite being 40 percent less in population.

Violence and death occur daily on the 7th floor of 777 Appletree in Philadelphia, yet no police are ever called. The only police presence here was to serve as traffic detail for the 2nd annual Pennsylvania March for Life on Saturday, March 26th, as the march route went past the building’s front door. Marchers paused to pray and acknowledge that there are babies being aborted here on a regular basis.

6,224. That’s the number of babies reported to the state that were aborted in 2020 on the 7th floor of 777 Appletree Street, the Philadelphia Women’s Center (pictured above). This one location amounts to 17 baby boys and girls aborted every single day. It’s the single largest abortion mill in Pennsylvania, accounting for 20 percent of the total number of abortions in the entire state — all at this one location.

As the Philadelphia March for Life approached this abortion mill’s building, I first noticed a sign in the window for a child care center, which welcomes infants as young as six weeks old. Day care services, where they are caring for the well-being of little children, happens in the very same building where they are literally killing children through elective abortions.

This child care center shares a building where more than 6,000 babies are aborted every year.

Roe v Wade – which has permitted unrestricted abortion through all nine months of pregnancy – may be at an end this year as SCOTUS is expected to rule this summer in the much-anticipated Dobbs case. As important as it is for Roe v Wade to be placed on the ash heap of history and be overturned, it is only a part of the entire equation towards making abortion unthinkable; as such action does not ban abortion in and of itself but allow for each state to determine what laws on abortion looks like.

It means who we elect into state office – from our governor to our General Assembly to our court justices – is of tremendous importance to saving lives from abortion in Pennsylvania.

Philadelphia Women’s Center – and the rest of the state’s abortion industry, including Planned Parenthood – have thus far been blocked by our legislature in seeking their demands for abortion without restrictions and paid for by you, the taxpayer. So they decided to go to court in an attempt to force their demands on all of us. These abortion mills in our state are actively suing Pennsylvania, with their case now before the state’s Supreme Court.

This is all the more reason why Pennsylvania citizens need to ensure our General Assembly passes the Life Amendment – a constitutional amendment that would ensure life can be protected in our state.

You can find out more about the Life Amendment at PaLife.org.

At the Philadelphia March for Life, during a pre-march prayer and praise service, one pastor prayed for the spirit of God to change people’s hearts. “We pray you would move our legislative leaders to create laws that value life. Would you move in the people of America to vote in such a way that would promote life. And most importantly, would you move in our hearts to value life.”

We need more pastors and more churchgoers and more citizens to understand the needs in this prayer. And to pray it themselves and act accordingly.

The pro-abortion industry is widespread in their political activity. As we marched to Independence Mall and the rally for life, we passed the Philadelphia office of the American College of Physicians (ACP). This is one of many health associations lobbying their opposition to the Dobbs case, claiming it has “no justification” for limiting abortion, of which they claim is “a routine procedure.”

The Philadelphia March for Life passed the American College of Physicians in route to Independence Mall for the rally.

These types of groups continue to lobby elected officials for supporting their demand for unrestricted abortion that’s paid for by taxpayers. As ACP’s Shari Erickson stated, “We get engaged when the implications of a court case are important.”

If you understand the truth that abortion takes the life of an innocent human being, you have to engage the political process if you want to make abortion unthinkable.

There was a stark contrast between the families marching in the Philadelphia March for Life and those guarding the largest abortion mill. The marchers were prayerful and spoke the truth in love, while those at the abortion mill were cursing and making extremely crude remarks.

As one young man (right) tries to help a woman entering the building for an abortion, another man (mask) in his “clinic escort” vest purposefully stands to block him.

But what gives hope to those fighting to save unborn lives and who truly care for women is hearing from people like Pat Stanton with the Pro-Life Union of Greater Philadelphia. While in a planning meeting for this 2nd annual Philadelphia March For Life, Pat joined the call a little late, where he then joyfully informed everyone that he just came from 777 Appletree: “We saved a life today.”

One mother changing her mind on abortion. One life saved from being aborted. Love shared outside of abortion clinics. Such a vital part of the solution to seeing abortion unthinkable.

Dan Bartkowiak is the Director of Communications for Pennsylvania Family Institute.