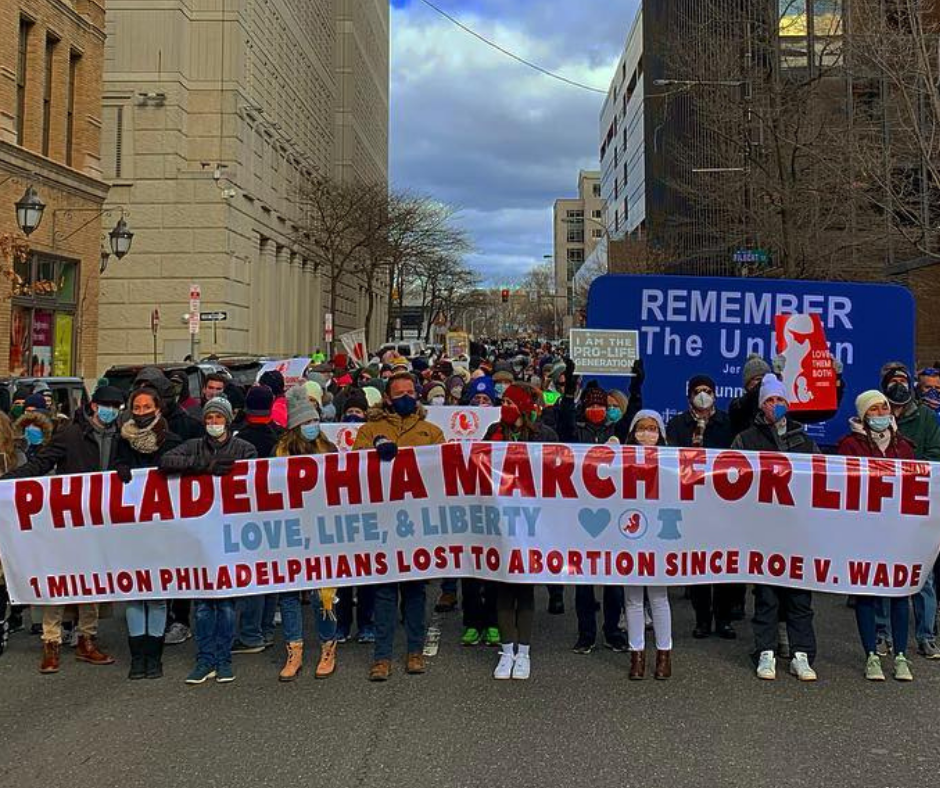 Join us March 26th for the Philadelphia March for Life

On Saturday, March 26, the Pro-Life Union of Greater Philadelphia will be hosting its second annual Philadelphia March for Life.

The purpose of the march is to rally against the one million wrongful deaths in Southeastern Pennsylvania since Roe V. Wade. Thousands attended last year’s march and rally to peacefully protest the killing of innocent preborn babies. Part of the march will go past the Philadelphia Women’s Center, where over 6,000 babies are tragically aborted every year – more than any other location in Pennsylvania.

PA Family Institute is a sponsor in support of this important event, which will consist of morning Mass at the Basilica of Saints Peter and Paul, a prayer and praise rally, followed by the march, and a rally for life at Independence Mall.

PA Family’s Michael Geer is part of an outstanding lineup of speakers for this year’s Philadelphia March for Life, which includes:

For more information on the march, the route, and FAQs, please click here. You can also visit Pro-Life Union’s Facebook page to RSVP and share this event with others.

With the potential for the U.S. Supreme Court to overturn Roe v. Wade, abortion activists are strategically working in states to invent a right to abortion in state Constitutions. Today, Pennsylvania faces the biggest threat to unborn children and their mothers with a lawsuit filed by Planned Parenthood and the Pennsylvania abortion industry, now before the PA Supreme Court, which seeks to not only force Pennsylvania taxpayers to pay for elective abortions, but also asks the Court to invent a “right to abortion” in Pennsylvania’s Constitution.

This is why the fight for life is so important right now; we must be engaged now more than ever. Activism at the state level matters, and we cannot allow the PA Supreme Court to side with the abortion industry; it will lead to the striking down of our existing pro-life laws and prevent any future pro-life laws. (For more: PaLife.org)

People must know the truth about abortion, and it is our hope that by joining together we can effectively draw attention to this great tragedy. No longer can we sit silently as innocent children continue to be exterminated.

We hope you can join us on March 26 as we march for the rights of the unborn.