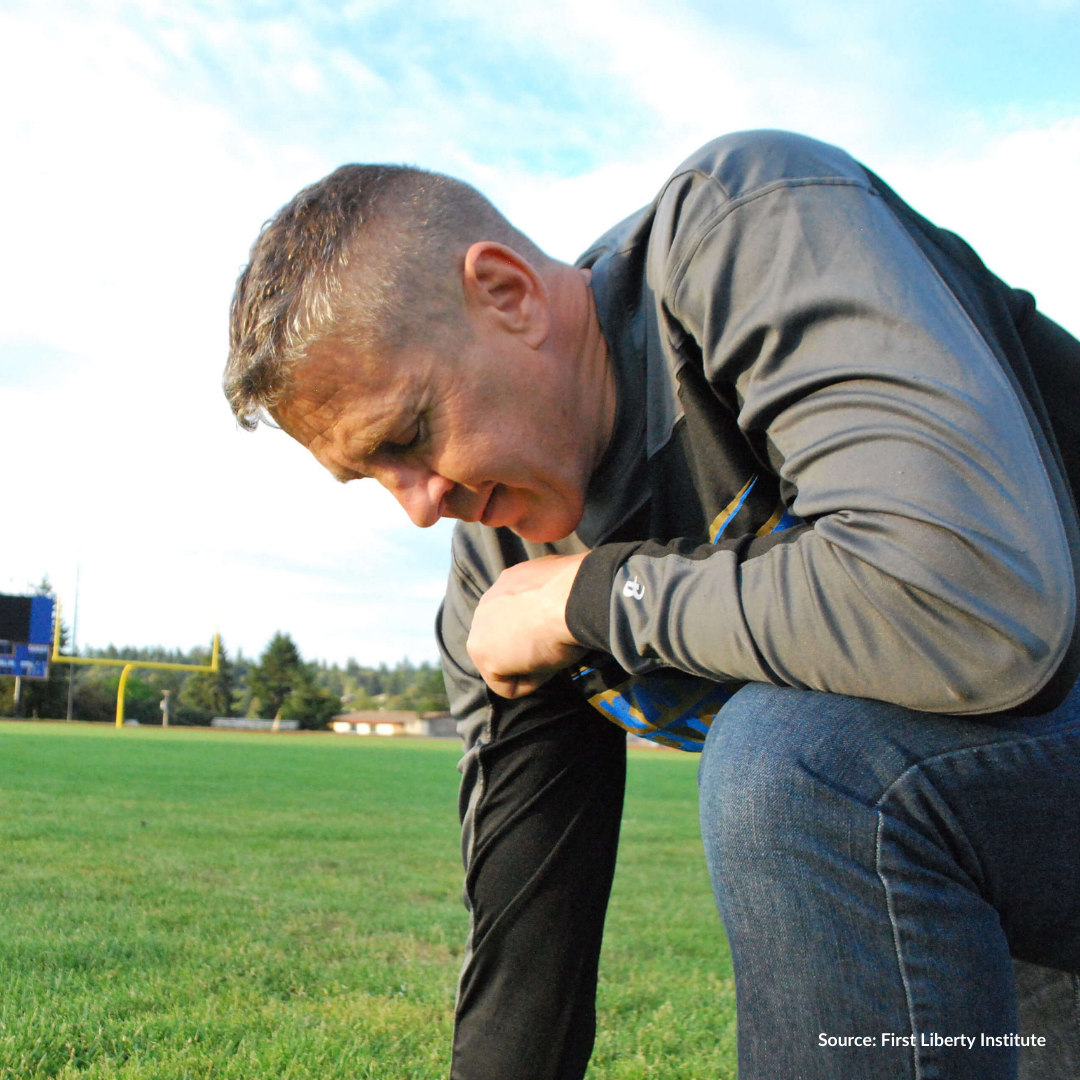 Coaches should have the freedom to pray following athletic games and we all benefit when freedom flourishes.

(HARRISBURG, PA) This week, the Independence Law Center filed an amicus brief with the U.S. Supreme Court in favor of football coach Joseph Kennedy, who was fired from a public school in Washington State after a silent prayer at the 50-yard line.

Coach Kennedy began saying a brief prayer following games years ago. Initially he did so alone, but some students asked him what he was doing. When they asked if they could join, he responded, “This is a free country,” and “You can do what you want.” When the school learned what he was doing, it demanded he stop, but he felt responsible to thank God for the games in that way. As a result of a silent prayer, he lost his job.

The issue before the U.S. Supreme Court is whether the First Amendment speech and religious rights protect Coach Kennedy’s brief prayer following games, and whether the Establishment Clause justifies his dismissal.

“We all suffer when our First Amendment freedoms are violated,” said Randall Wenger, Chief Counsel of the Independence Law Center. “A free society should not single out a person’s religious speech for unfavorable treatment.”

The Supreme Court’s modern Establishment Clause cases discuss fostering neutrality towards religion. But when all kinds of controversial speech by teachers is permitted and only religious speech is silenced, it sends a message not of religious neutrality but of hostility toward religion. A short prayer following a game, joined in only by those who wish to join, hardly amounts to an establishment of religion, particularly when the school was clear that it had nothing to do with Kennedy’s activities.

A copy of the Independence Law Center’s brief can be found here.

As written in this brief: “It is always better to favor protecting First Amendment speech and religious freedom than to invoke the Establishment Clause in a way that cannot serve its goal of neutrality. Singling out religious voices results only in systematically shaming religion and the religious.”