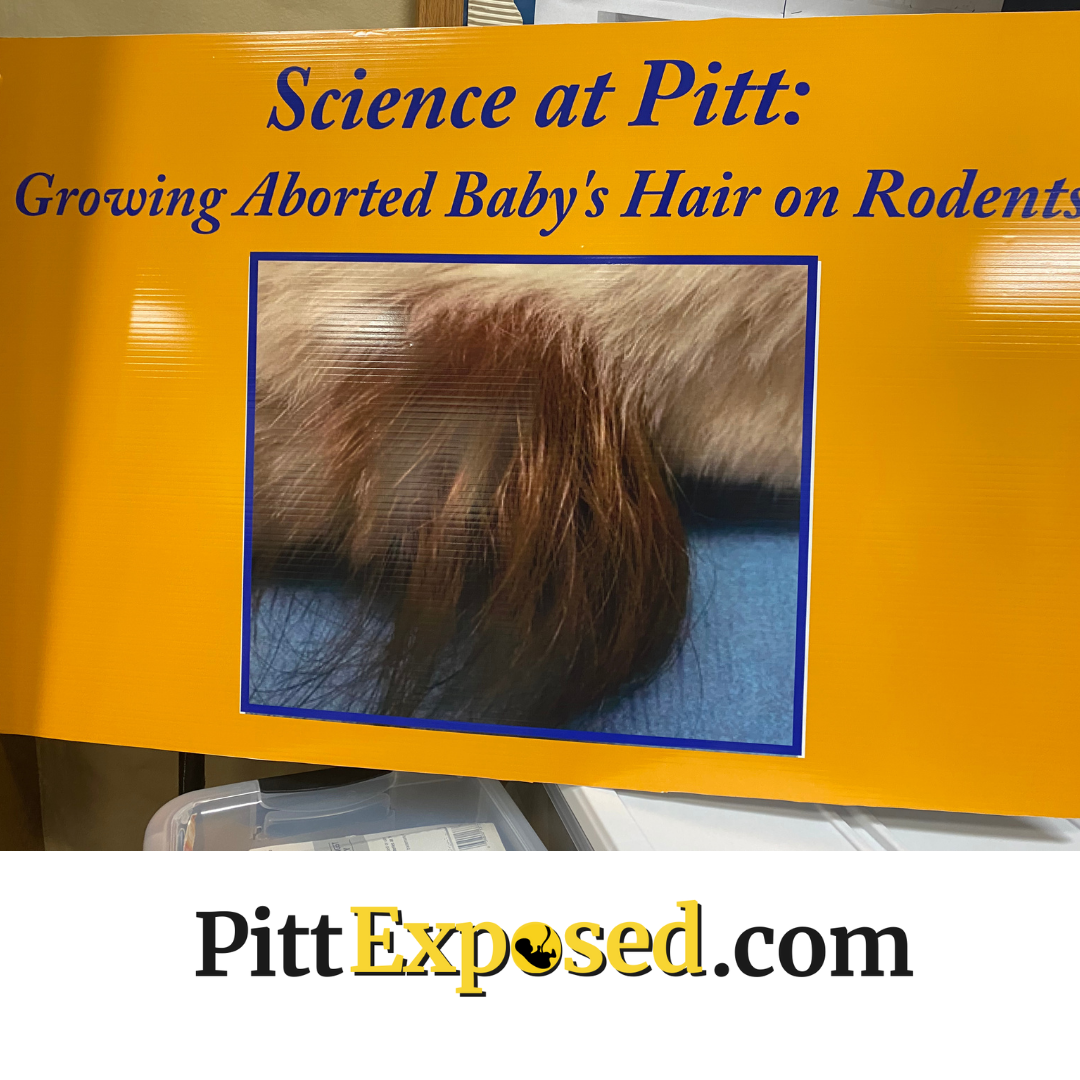 (HARRISBURG, PA – January 20, 2022) A law firm hired by the University of Pittsburgh to investigate the university’s inhumane, unethical and taxpayer-funded fetal experimentations released their findings and several core questions remain unanswered. Astonishingly, the report reveals that there was no investigation into the University of Pittsburgh Medical Center (UPMC) where the aborted babies are obtained for fetal experiments at Pitt like grafting the baby’s scalp to lab rats.

“There are so many questions left unanswered with this biased investigation,” comments Dan Bartkowiak with PA Family Institute. “This ‘independent’ firm – with a glaring conflict of interest as one of the main authors of the report is an alumnus of Pitt – unbelievably did not investigate UPMC and Magee-Women’s Hospital, where more abortions are performed than any other hospital in Pennsylvania and is the source for the aborted babies being unethically experimented on at Pitt. You have to investigate their direct involvement if you want transparency with these inhumane activities. This laughable omission should infuriate taxpayers and every decent human being. And there’s certainly nothing funny about this lack of transparency and the fact that human beings are having their scalps removed and transplanted onto lab rats.”

There are several alarming revelations included in this 27-page report. One is a consent form that is presented to women being asked to submit their aborted baby for experimentation. This four-page form from the Magee-Women’s Hospital of UPMC is entitled “Consent To Act As a Participant In Research – Fetal Tissue Consent Form.” Here you find several persuadable statements conveyed to women about the use of their aborted baby for experiments:

They even admit that these “potential benefits” are brought up to women during the consultation process before the abortion is performed, stretching the legal terms in the Pennsylvania Abortion Control Act. “In practice, we understand that the donation option is discussed with patients when they arrive for the abortion procedure, which is at least 24 hours after consent to the abortion has been obtained.” (Page 18) How many women decided to change their mind right before their abortion procedure, and therefore were influenced to have an abortion based on this consultation?

The PA Abortion Control Act states that the person obtaining informed consent may not “employ the possibility of the use of aborted fetal tissue or organs as an inducement to a pregnant woman to undergo abortion.”

“Harvesting body parts from elective abortion is completely unethical,” states Judge Cheryl Allen, retired and Of Counsel for PA Family Institute. “Policy speaks into societal norms. Structuring a policy that allows elective abortions for experiments for research and ‘new discovery’ is a perverse incentive on women and families. This practice must end.”

Pitt claims this is an “independent review” yet one of the three authors of the investigation’s report is a 2004 Pitt graduate, Michael S. Heesters. “As I said from the outset of this process, it’s hard to be impartial on such a contentious investigation when it involves your alma mater,” says Judge Allen, a former Pennsylvania Superior Court judge and an alumnus of Pitt.

NPR, in their coverage of this new report, claimed what “kicked off” this controversy was “incendiary conservative coverage” of the horrific scientific 2020 study that uses the scalps of aborted babies being grafted onto “mouse and rat models.” “What’s incendiary are the pictures in these grotesque experiments. Look at those pictures. No human being – no matter how early in development – should be subjected to this form of inhumane experimentation. Look at those pictures and tell me how these experiments should not create incendiary coverage no matter your political affiliation,” adds Bartkowiak.

There remains significant concerns with the ongoing practices and experimentations at Pitt. One grave concern is what was shared by Pitt’s spokesperson regarding “ischemia time” and whether babies are alive during the procurement of their organs. “If it says ischemia time starts after tissue collection, that means that the baby is still alive at the time that they’re harvesting the tissue,” said Dr. Christina Francis in an interview at the time of Pitt’s statements. “Ischemia time” is not found in this law firm’s report.

When it was announced that this law firm review would take place, PA Family laid out ten questions that required answers from the publicly-funded University of Pittsburgh. While there is some evidence to point to the process of how aborted babies end up on the lab table, none of the ten questions are fully answered.

Thousands have signed the petition at PittExposed.com calling for an end to these inhumane, unethical and taxpayer-funded experiments on aborted babies. “We, the undersigned, call on the University of Pittsburgh to stop all experimentation on aborted babies and the inhumane practice of grafting their skin and body parts onto rodents,” writes the petition.