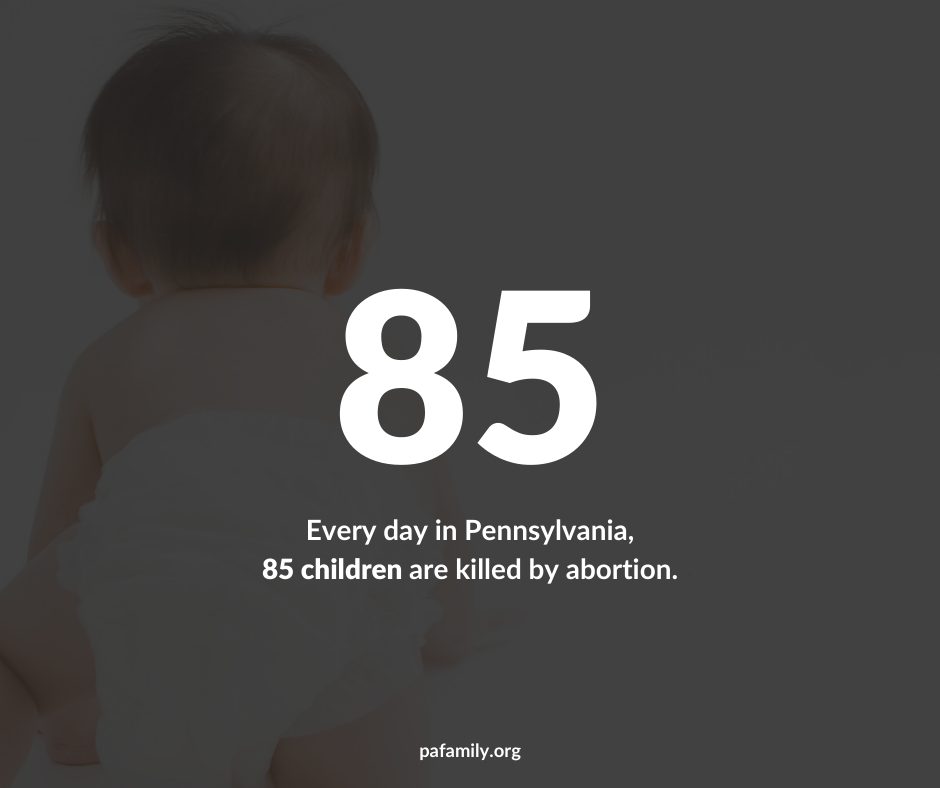 85 Children Are Killed By Abortion in PA Every Day

Pennsylvania is responsible for over two million abortions since Roe v Wade. That’s more than the populations of Philadelphia and Pittsburgh combined. In recent years, abortions in Pennsylvania amount to over 30,000 annually – amounting to 85 abortions every single day. (Source: 2019 Abortion Statistics, PA Department of Health: 31,018 abortions in 2019)

In Pennsylvania, 85 children are killed by abortion
Every. Single. Day.

38 children killed by chemical abortion (medical) in PA every day.

Four (4) children killed by dismemberment abortions (Dilation and Evacuation or D&E) in PA every day.

Highest number of abortions at one hospital: UPMC Magee-Womens Hospital

For more on the state of abortion in Pennsylvania, visit pafamily.org/stateofabortion.

Every day in America, 2,363 children are killed by abortion.

“The facts about abortion are devastating, but must be known: these 2,363 precious lives are killed through chemical abortions – starved of nutrients, then forcibly miscarried, or torn into pieces by suction and removed from their mothers, or torn limb from torso by forceps while still alive, before their skulls are crushed, or stabbed in the heart or head with a lethal injection.” Lila Rose – Founder and President, Live Action