The Independence Law Center has filed a lawsuit on behalf of a Pittsburgh-area couple who was ordered by government officials to stop using their private property to host Bible studies.

Sewickley Heights Borough, fifteen miles west of Pittsburgh, is now ordering Scott and Terri Fetterolf to stop using their 35-acre property to host Bible studies, worship events, religious retreats, or religious fundraisers, something they and the prior owner have done for decades.

“The borough has no business overseeing a group of people reading and discussing a book together on private property—even if that book is the Bible,” said Randall Wenger, Chief Counsel for the Independence Law Center.

Borough officials filed a Notice of Violation/Cease and Desist Order and seek to impose zoning restrictions such as those applicable to “Places of Worship” like churches and synagogues on the Fetterolfs’ activities. However, secular counterparts to these activities like parties, political fundraisers, and book clubs are not banned.

“Government should not target religious activities for punishment, particularly when similar secular activities are permitted,” said Jeremy Samek, Senior Counsel for the Independence Law Center. “In America, no government can categorically ban people from assembling to worship on one’s own property.” 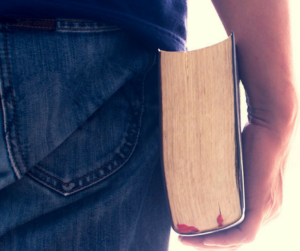