HARRISBURG, Pa. – In a bipartisan 37-13 vote today, State Senators voted in favor of the well-being of children and taxpayers by passing HB 1388 to restore the status quo of the Children’s Health Insurance Program (CHIP) prior to Governor Wolf’s unilateral change.

“Taxpayers should not have to pay for life changing, irreversible “sex change” surgeries on children,” says Michael Geer, President of Pennsylvania Family Council. “An executive order by Governor Wolf that cut off the legislative process with absolutely no discussion is not the solution, especially for something as serious as ‘sex change’ surgery on children.”

Evidence shows the vast majority of children who identify with the opposite sex ultimately end up changing that identity as they grow. Not only is it harmful to children by having the state endorse and pay for this irreversible surgery, but it’s a poor use of limited taxdollars. The cost for one child to go through gender reassignment procedures can total well over $100,000.

“With much debate among the medical community showing problems with gender reassignment surgery, it’s just bad public policy for the Commonwealth to continue to pay for minors to undergo this controversial, irreversible procedure,” says Tom Shaheen, Vice President for Policy at the Pennsylvania Family Council.

HB1388 now moves back to the PA House of Representatives for consideration. Contact your State Representative today in support of HB 1388. 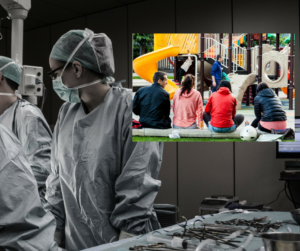