Women and their unborn babies are safer today 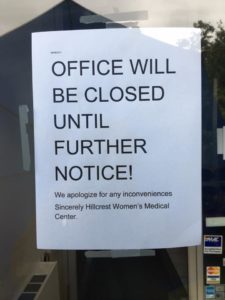 “Unborn children are safer today. Harrisburg’s Hillcrest abortion store is closed. License revoked after blatantly failing health and safety inspection. THANK YOU to all those who helped us pass SB732/HB974 (2011-2012), which requires inspections of all abortion clinics, and that they meet the same health and safety standards of other outpatient facilities. Involved citizenship makes a difference, and saves lives.” – Michael Geer

On Wednesday, June 7, the Department of Health ordered the Hillcrest abortion clinic in Harrisburg to close after they failed another inspection (an unannounced visit) on Monday.

This inspection was after Hillcrest Women’s Medical Center, was still allowed to stay open after a myriad of violations in its 2017 annual inspection; which included not having an RN on staff, failing to complete Child Protective Services background checks, failing to throw out expired material, and failing to secure drugs appropriately.

This week, three state senators, President Pro Tempore Joe Scarnati (R-25), Bob Mensch (R-24), and John DiSanto (R-15) sent a letter to the Department of Health asking why Hillcrest was still allowed to operate due to the serious and continued inspection failures.

Learn more about our involvement with the passing of SB732/HB574: https://pafamily.org/2014/07/shocked-into-action/