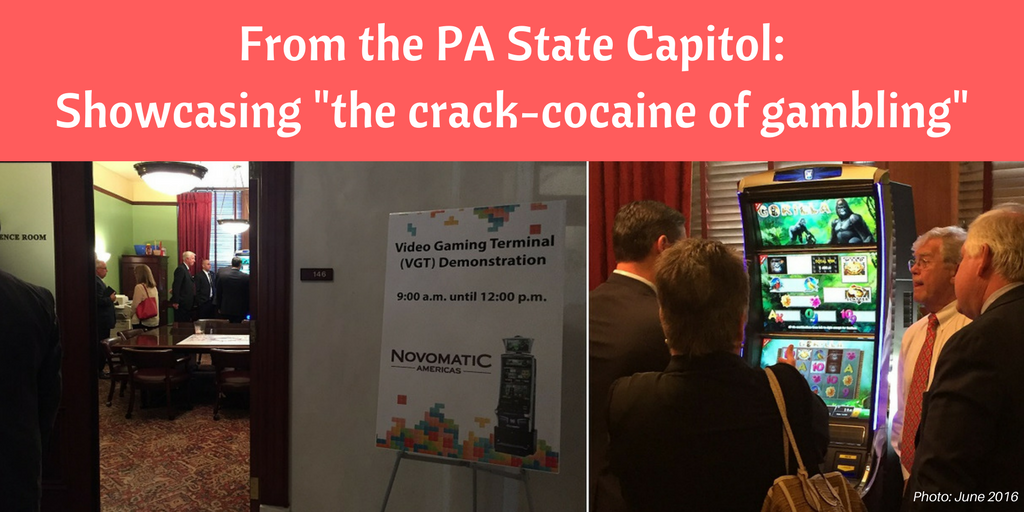 State officials in Harrisburg are considering the addition of state-sponsored video gambling in local businesses throughout Pennsylvania, either as part of the budget process or in a yet-to-be introduced Senate bill.

Here are 11 reasons why this is a bad mix: 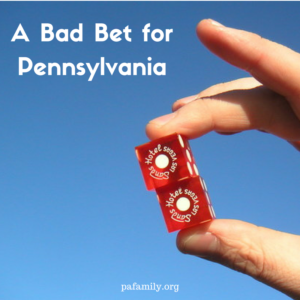 “The link between accessibility of gambling and its harmful effects is strongly policy relevant because governments have the capacity to define the terms of access.” – Australian Government Productivity Commission

State government should not be involved with mixing alcohol and gambling across every community in Pennsylvania. Elected officials should be focused on good policy and not meddling with harmful short-term solutions that bring long-term problems.