Another Planned Parenthood closes in PA, 3rd State Closing since 2013 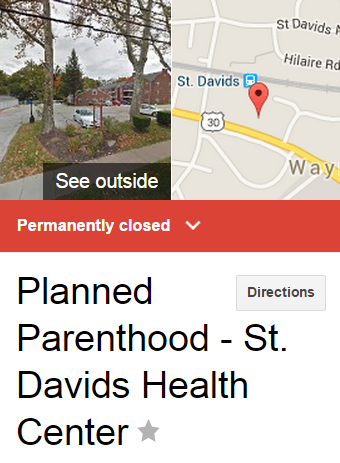