The abortion rate in the United States is now at the lowest level since the passage of Roe v. Wade in 1973. 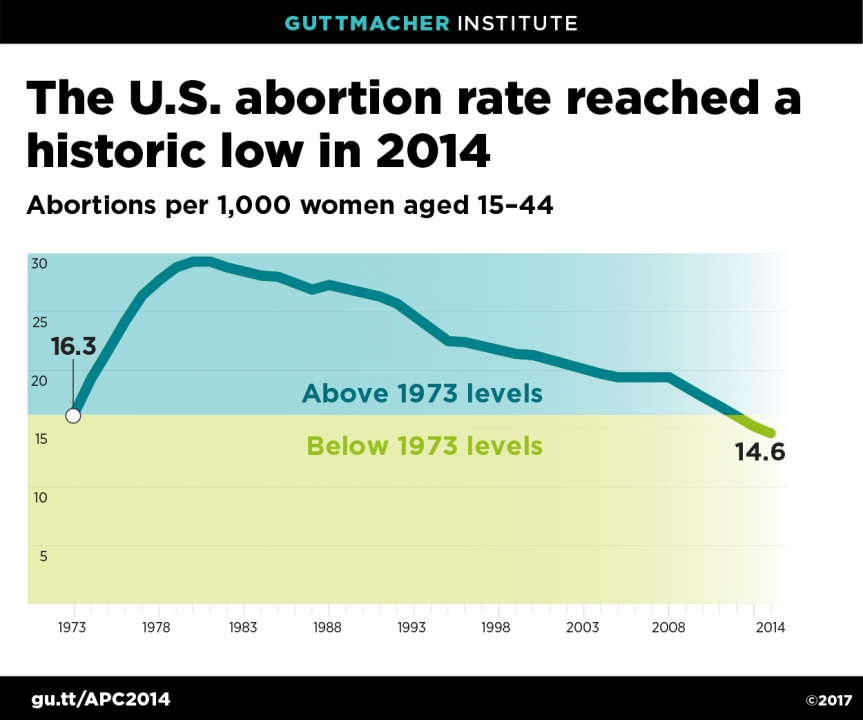 This matches up with Pennsylvania data that shows the total number of abortions in 2015 at the lowest rate ever recorded.

“The best news for pro-lifers from this report is that the abortion rate continues to fall among teens and minors,” says Michael New, assistant professor of political science at the University of Michigan–Dearborn. “This is one of the most unheralded public-policy success stories of the past 25 years. According to the Guttmacher report, the percentage of total abortions performed on girls under age 20 fell by 32 percent between 2008 and 2014.”

What is alarming is the fact that Planned Parenthood continues to grow their abortion business in the midst of this decline. In Pennsylvania, Planned Parenthood, by their own reporting numbers, has increased their annual abortion rate by over 1,500 since 2008.