Another amazing story of an extremely premature baby was highlighted on The Today Show; giving yet another example of why Pennsylvania should update its quarter-century-old abortion law.

Francis William Azize, who was born at just 23 weeks and weighing less than 2lbs, was able to go home with his parents after 118 days in the NICU.

During the hospital stay, his parents were encouraged by Finding Dory director Andrew Stanton, a premature baby himself, who sent a letter to Francis which simply said, “Just keep swimming.”

In Pennsylvania, babies like 23-week Francis are able to be aborted. State law permits abortion as far as six months into a pregnancy, up to 24-weeks, 6 days. At the time this PA law was passed (1989), babies born at 24-weeks or earlier were unlikely to survive. Today, thanks to medical advancements, premature babies are surviving at record rates with the vast majority of babies born at 24 weeks being saved. That’s exactly why Pennsylvania must update its out-of-date abortion law.

The PA House of Representative recently passed legislation (HB 1948) that would end late-term abortion by limiting the procedure to the first five months of pregnancy (20 weeks). Encourage your State Senator to pass HB1948 – click here to email. 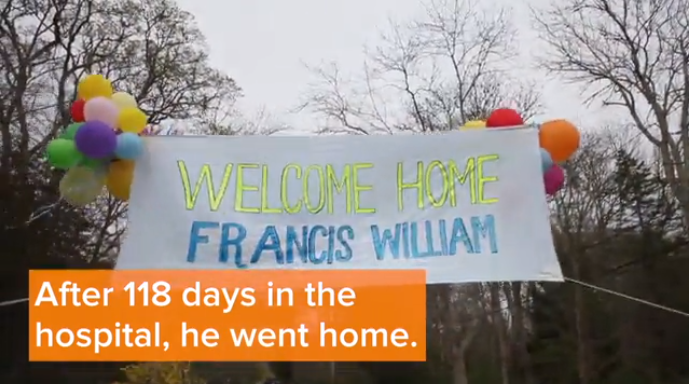