BREAKING NEWS: Why you MUST CALL & EMAIL your State Senator and State Representative by Tuesday

NEW DEVELOPMENTS ON THE BATHROOM BILLS, ACTION EXPECTED IN BOTH HOUSE & SENATE.

A handful of State Senate Republicans are looking to advance Gov. Tom Wolf’s top policy agenda (SB 974), which would have serious implications for personal privacy and safety, and religious freedom.

We’ve been warning you about SB 974, “The Bathroom Bill” which would open women’s bathrooms, showers, dressing rooms & dorms to men and boys that self-identify otherwise. Calls and emails from folks like you have stalled that bill.

However, well-funded out of state special interest groups and powerful lobbyists continue to push, and the latest move is to split SB 974 into parts to force it through in a piecemeal basis.

The first two parts (SB 1306 and SB 1307) could have committee votes as early as Wednesday (June 15). SB 1306 endangers personal privacy in workplaces, and serious religious freedom and conscience threats to religious schools, Christian camps and church employers. SB 1307 deals with housing, which would implicate bathrooms, showers, and even dorm rooms themselves… in college dorms and other such housing situations.

It is critical that you call your state senator and email today (or by Tuesday morning) and tell them to vote no on SB 1306, SB 1307 and SB 974.  Let us know what they tell you.

In the House, there could be a vote as early as Wednesday on what is called a “discharge resolution” to advance HB 1510, “The Bathroom Bill” which would open women’s bathrooms, showers, dressing rooms & dorms to men and boys that self-identify otherwise.

It is critical that you call your State Representative your state representative and email to oppose both the discharge resolution, and HB 1510.

Your family’s personal privacy and liberty depends on you taking action!

Thank you, and please pray!

2. Call your State Representative to oppose both the discharge resolution, and HB 1510 (and to email – click here).

Why does HB1510 and SB974 impact bathrooms and showers? Click here for a brief explanation.

3. With the speed of these new threats, we need help recruiting as many as possible to contact their State Senator and State Representative. You can refer to our action alerts at tinyurl.com/PASenateNews and tinyurl.com/PAHouseNews.

4. Plan to join us in Harrisburg Monday, June 27 for the Defend My Privacy Rally. 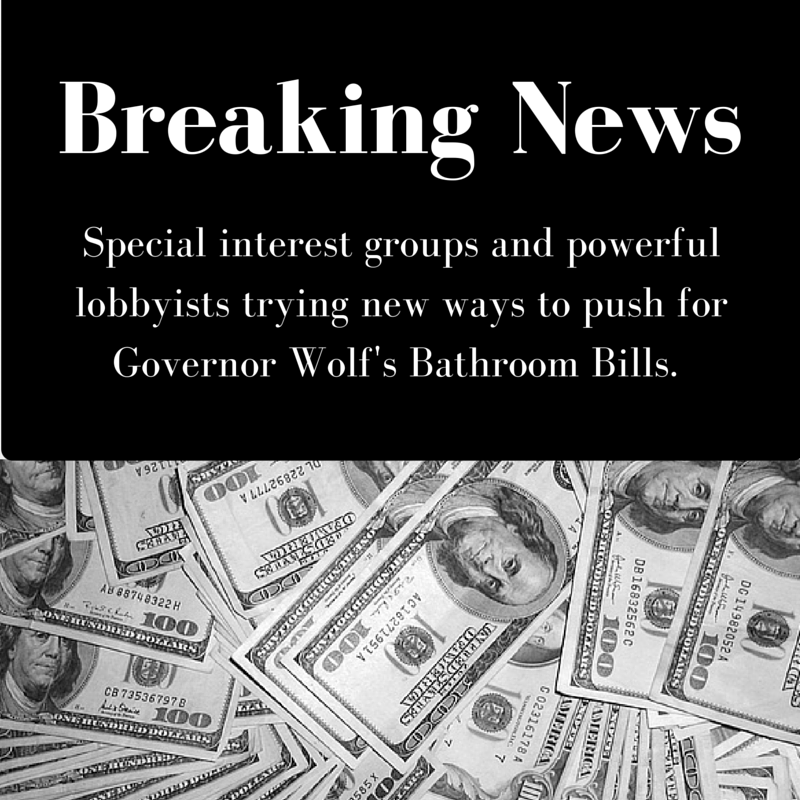