The Obama administration made a “directive” to public schools that they are to open up women’s locker rooms and restrooms to the opposite sex.  It is not an executive order. It is not an administrative regulation. This has no force of law or legal authority behind it, but asks schools to voluntarily throw away every student’s right to bodily privacy and threatens to remove Title IX funding if they do not.

Does my school have to comply?

Schools have no obligation to abandon biologically distinct bathrooms, showers and locker rooms. Courts around the country, including one in Pennsylvania, have found Title IX and the Constitution permits schools to maintain restrooms, locker rooms and showers based on biological sex.

Under current law, the threat that any state or school district would lose federal funding is an extremely remote possibility.  That’s why the lawsuits just filed against the Department of Justice/Department of Education are so important.

These lawsuits are a direct challenge to the federal government’s intentional distortion of Title IX protections. The Department of Education is attempting to force schools/states to adopt policies that let men use bathrooms and locker rooms designated for girls, violating their right to privacy, shredding their dignity, and robbing them of their innocence.  No one should be forced into an intimate setting like a restroom or locker room with someone of the opposite sex.

What can I do?

Encourage your school district to continue to protect the privacy and safety of all children in their schools. Instruct your school board administration to protect privacy of all students by defining the word “man” or “boy” and “woman” or “girl” on the door of the restrooms, locker rooms, showers and rooming on school trips based on biological sex. Ensure administrators continue to protect students’ right to use the bathrooms, locker rooms, and showers that correspond to their biological sex without bullying.  Respect everyone, without taking away privacy from anyone.

Although Governor Wolf has been pushing a bill that would make it illegal to maintain bathrooms, locker rooms and showers based on biological sex, that bill, HB 1510 and SB 974 has not passed. It won’t pass if concerned parents and students across Pennsylvania make their voice known to their State Senator and State Representative to protect privacy rights and oppose HB1510 & SB974.

For more information, go to DefendMyPrivacy.org. 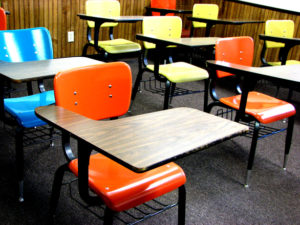