We just got word of legislation introduced today which will be the most significant pro-life legislation in Pennsylvania this year.

HB 1948 would make two improvements to Pennsylvania abortion laws; which haven’t been updated in over a quarter century:

Would you be able to take a minute to send your State Senator and State Representative a message in support of this much-needed legislation? We’ve made it easy for you as well – just click here to send using our Citizen Action Center. 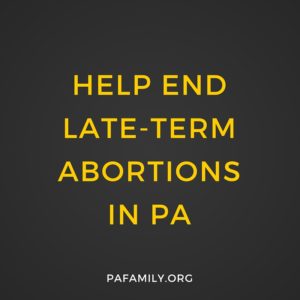