What Abortion Providers Get Wrong 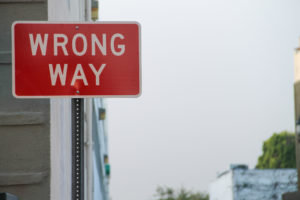 Why is the abortion industry the only one fighting against basic safety standards?

Every major abortion provider in Pennsylvania – including the state’s largest abortion business, Planned Parenthood – made their complaints known to the U.S. Supreme Court in a brief about the Texas law on basic abortion standards. Especially coming from Pennsylvania, it absurd for anyone to claim that making abortion facilities follow the same rules as every other surgical facility does not protect women’s health and safety.

But in entertaining their rationale for their absurdity, their evidence had multiple fallacies:

All surgeries performed in outpatient facilities in Pennsylvania – whether it’s cataract surgery, a colonoscopy or now a surgical abortion – are held to the same health and safety standards like linens cleaned, equipment sterilized, hallways wide enough for emergency equipment and being subject to inspections, both announced and unannounced.

Kelsey Hazzard recently took a tour of an empty ambulatory surgical facility in Florida; which when finished will be a location offering basic eye care and surgical procedures:

[R]isk-wise, eye surgery compares favorably to abortion. Not once did our tour guide complain that the regulatory standards were too stringent. Fundraising is part of her job description, but apparently it didn’t occur to her to motivate us as potential donors by framing ambulatory surgical center regulations as part of a war on kids with eye cancer. She and everyone else we encountered were very proud of the facility (as they absolutely should be) and eager to give Bascom Palmer’s patients the best possible care.

Even if various abortion providers are more about profit than safety, the duty of our government is to protect its citizens. Women deserve the highest health and safety standards. Abortion should be treated no less. 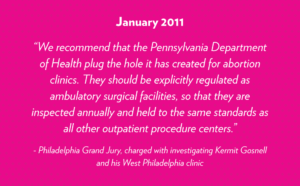