Would you want to tell your child they have to go to a different school next year? Not because you’re moving. Not because of their grades. All because you don’t have enough money to pay their tuition.

If Governor Wolf does not end the block on approval letters for scholarship aid, many low-income parents will sadly be forced to stop sending their child or children to their current school next year. 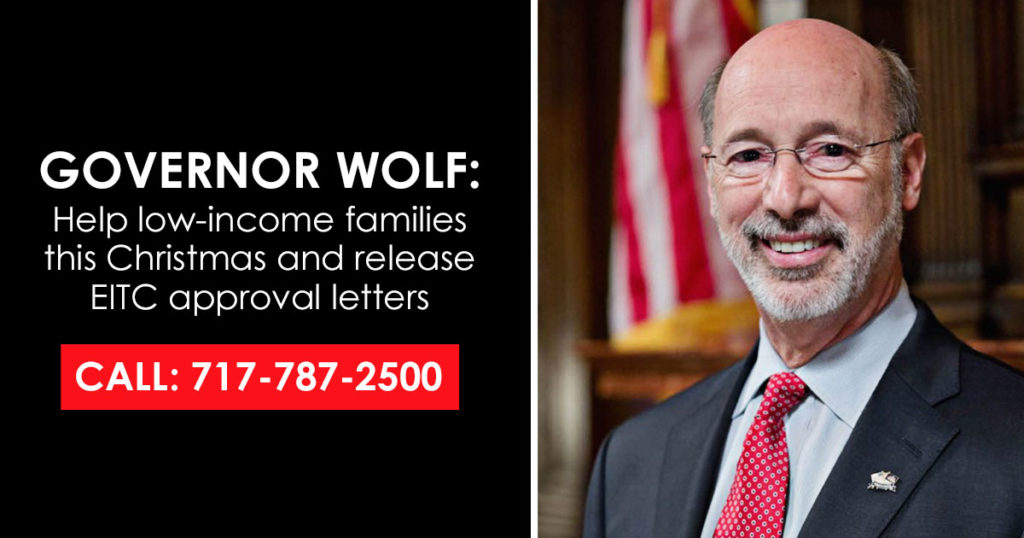 The issue: The Department of Community and Economic Development (DCED) is holding both the Education Improvement Tax Credit (EITC) and the Opportunity Scholarship Tax Credit (OSTC) scholarship approval letters until a budget is enacted.

Since enacting the EITC in 2001 and the OSTC in 2012, over 23,500 businesses have been approved; generating over $657 million in scholarship aid for low-income families.

Under the guidelines of the program, each year a business must be approved for a tax credit.

The solution: Governor Wolf can order the DCED to release the letters to still give time for some businesses to donate in 2015. But time is running out. That why we need you to call his office today at 717-787-2500 and tell him to release these letters.