Is it fair to compare a Christian to a Nazi just for living out his beliefs on marriage? 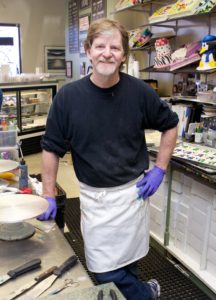