He was the best at his job. Then he wrote a book about his beliefs and was fired. Is that fair?

Kelvin Cochran may very well be the best fire fighter in the United States.  And he’s out of a job because of his beliefs about human sexuality.

Chief Cochran was raised in poverty in Shreveport, Louisiana.  He was one of several children raised by his single mom.  After a fire struck near his family’s shotgun house and he witnessed the fire fighters, Cochran knew what he wanted to do.  He’s one of the rare, lucky boys to have become the best at his childhood passion.

His career took him to Atlanta, Georgia, where he ran one of the largest fire departments in the nation.  Then, only a few years ago, he was summoned to Washington by President Obama to be the U.S. Fire Administrator—the top fire fighter position in the federal government.  But Washington was too far from home for Cochran, and he returned to Atlanta where he was reappointed fire chief.

Throughout all of this, Cochran had written and self-published a men’s devotional book—which included a section on sexuality and sexual sin.  Well, word got out that Chief Cochran didn’t approve of homosexual conduct, and pressure from the politically-powerful LGBT community mounted for Atlanta Mayor Kasim Reed to remove Cochran.  And, after Cochran refused to apologize for his beliefs, that’s exactly what happened.

Cochran’s termination is still being litigated, and probably will continue to be for quite some time.  Even if he ultimately prevails, the message sent will be clear: No one who publicly dissents from the new ‘truths’ of the LGBT movement is safe.

Hear from Chief Cochran in-person as a special guest at our 2015 Friends of the Family banquet in Hershey, PA on Friday, October 30th. Click here for details.

Chief Cochran was fired because of the type of policy that the “Fairness Act” wants to implement statewide. This unfair proposal would take the aggressive heretic-hunting politics that led to Cochran’s firing and give it the force of state law.  It would establish a new set of ‘truths’ about sexuality as the state’s official position. 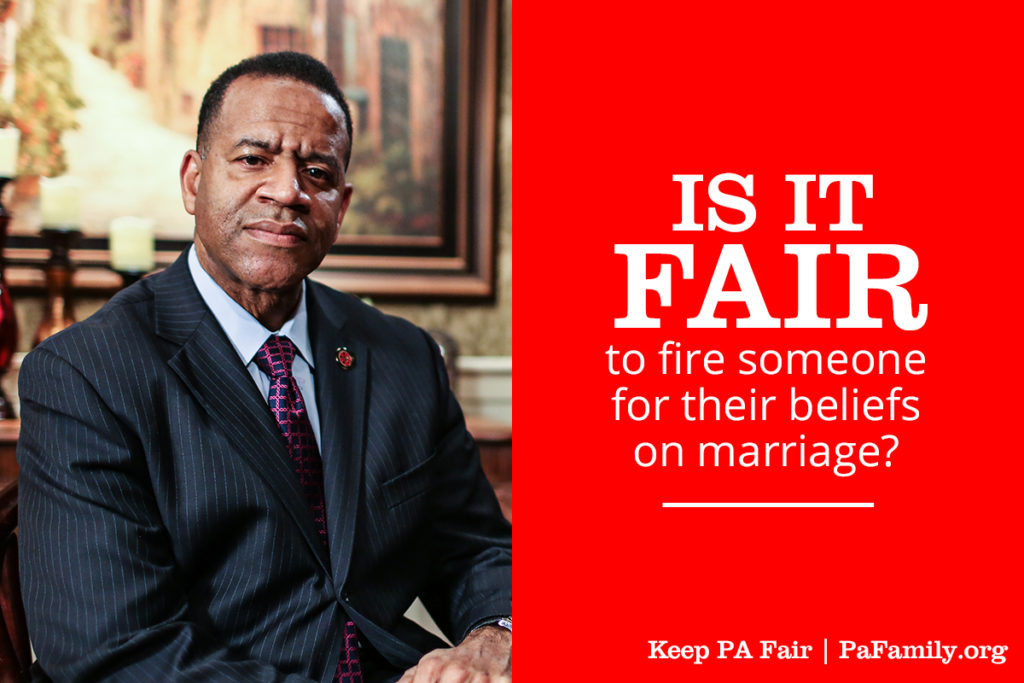 There’s nothing fair about ostracizing people, like Kelvin Cochran, who hold beliefs about sexuality different from certain elites.  Please call your state representative and senator and ask them to oppose HB 1510 / SB 974.