The largest abortion business in the country – Planned Parenthood – has recently shut down two Pennsylvania clinics, bringing their total to SIX state closings since 2013. 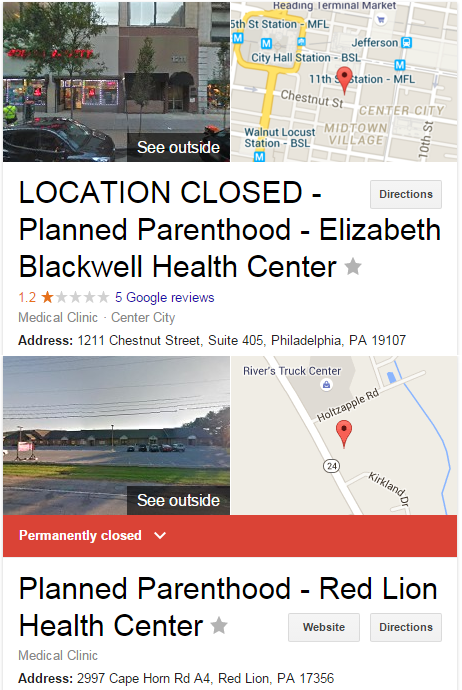 Since 2012, there have been a total of TWELVE abortion clinics to close their doors in Pennsylvania. Five abortion surgical sites closed as a direct result of new state policy that improved health and safety standards for abortion facilities. Three closed voluntarily (UPMC Magee, Allegheny Women’s Center – Pittsburgh and University of Pittsburgh Physicians). Two were forced to close by the state, both associated with the infamous Steven Brigham (Allentown Medical Services and American Women’s Services).

Planned Parenthood is still the largest abortion business in Pennsylvania; continuing to account for over half of all state abortions. And they continue to receive millions in state and federal funding. 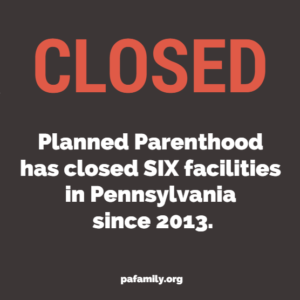