If we stand idle, state persecution comes to PA

Are you seeing this? I hope so – because if we don’t see the persecution happening across this country and if Pennsylvania families sit idle, out state government is going to force us to conform our beliefs or face the consequences. 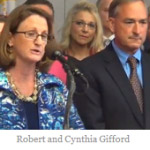 Right now in New York, Robert and Cynthia Gifford are being punished for living out their religious beliefs. They declined to use their property – where they live and raise their two kids – for a same-sex wedding ceremony. The state has now fined them $13,000 for doing so. They’ve also been ordered to display a poster highlighting their state anti-discrimination law.

All for trying to live out one’s sincerely-held beliefs in America – where our bedrock has always been religious freedom.

Each state in these attacks on religious freedom point to their state anti-discrimination law, which had unwisely added “sexual orientation” and “gender identity.” This addition is exactly what’s causing all of these fines and lawsuits.

So far Pennsylvania families have avoided this state-sanctioned persecution because we do not have these added classes in our state’s discrimination law. But if state lawmakers pass the currently proposed HB 300 and SB 300 this fall, these same fines, jail-threats and business closings will be the result. 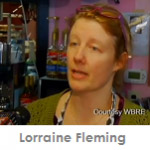 If HB 300 & SB 300 pass, Pennsylvanians like Lorraine Fleming would face this persecution. Lorraine owns The Cake Pros Bakery & Coffee Shop in Schuylkill Haven. She’s in the news for declining to make a cake for a same-sex ceremony.

Or Victoria Miller of Bloomsburg. She owns W.W. Bridal Boutique and recently told a same-sex couple she could not be a part of their same-sex ceremony by providing wedding gowns. She has since had her website hacked; changed to say they are out of business and sending current customers into a panic. She’s also had phone calls threatening her children and family.

If Pennsylvania passes HB / SB 300, Lorraine, Victoria and many others would have to put aside their creative skills to deal with a lawsuit and – just like families in other states – be forced to conform their religious beliefs or face heavy fines, jail-time and/or business closing.

This threat of persecution is not just to those in the wedding business. Take Pennsylvania private schools like Holy Ghost Preparatory School in Bensalem. Their policy – like most religious schools – require all faculty and staff to follow the teachings of the Church as a condition of their employment. When a teacher publically declared he was marrying his same-sex partner, the school was forced to let him go.

State Senator Daylin Leach said in response that if SB 300 existed, it would be illegal for Pennsylvania private schools to fire faculty that do not follow what the school believes in.

Pennsylvania business owners, private schools, church ministries and families need you to know about HB / SB 300 and to take action.

Contact your state lawmakers to encourage them to oppose HB 300 & SB 300.

HB 300 & SB 300 are poorly written bills that will put Pennsylvania businesses, organizations and families at risk.