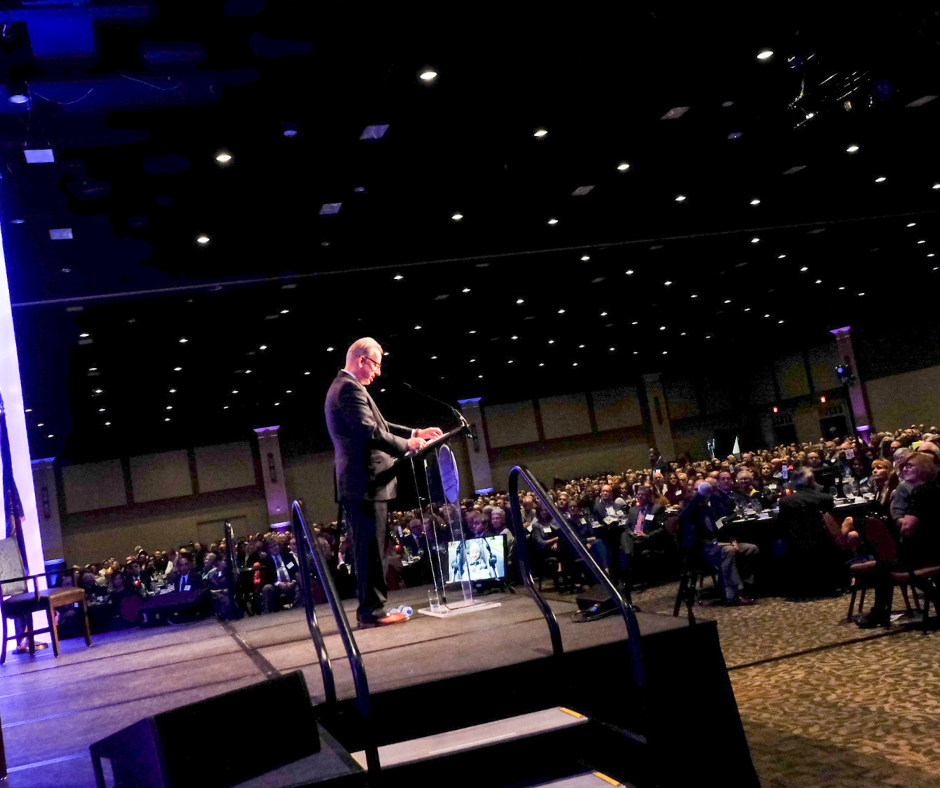 All about Secretary of State Mike Pompeo – keynote speaker at the Friends of the Family banquet on October 22!

Former US Secretary of State Mike Pompeo will keynote our Friends of the Family Banquet on Saturday October 22 in Hershey. You can find more details on the banquet here.

But who is Mike Pompeo and why is he our keynote?

Secretary Pompeo served his country in the U.S. Army, as a Congressman, as the director of the CIA and then finally as Secretary of State. A West Point and Harvard law grad, Pompeo brought his military, legal and business experience to the halls of Congress where he advocated for socially and fiscally conservative policies and supported the protection of the American republic.

Pompeo is a stalwart defender of life, consistently voting to defund Planned Parenthood and prohibit abortion while he served in Congress representing Kansas from 2011 until 2017. He is an outspoken champion of Biblical marriage and the family.

While Secretary of State, Pompeo led the Trump administration’s efforts to stop taxpayer funding of foreign abortions and protect religious freedom abroad. “It was my job to deny that any taxpayer dollars from any hard-working American ever went to perform abortions in any place in the world,” Pompeo said in 2021 of his responsibility at the State Department.

We all know how the radical abortion and LGBT activists work to pressure government leaders to promote their agenda. Pompeo has stood firm in defense of life, religious liberty and marriage.

At a 2020 religious freedom conference at the Vatican, Pompeo said:

“As Christians, we all know we live in a fallen world. That means that those who have responsibility for the common good must sometimes deal with wicked men and indeed with wicked regimes. But in doing so – in doing so, statesmen representing democracies must never lose sight of the moral truths and human dignity that make democracy itself possible.”

Pompeo refused to let radical politicians push him around. Pressed by leftist Senator Cory Booker during a confirmation hearing, Pompeo stood by his support for Biblical marriage between one man and one woman.

“When I was a politician, I had a very clear view on whether it was appropriate for two same-sex persons to marry,” Pompeo said in 2018. “I stand by that.”

He has remained active in his defense of traditional values. “The right to life is the first right, and without it, the other rights are meaningless,” he wrote in February 2022, slamming a proposal by Congressional Democrats to legalize abortion through the moment of birth. He is also set to speak at a fundraiser to help raise money for a pro-life pregnancy resource center.

Secretary Pompeo is a long-time champion of the right to life, marriage and religious freedom – make sure to reserve your spot today to hear from this champion of traditional values!

Individual tickets are also available – but they are selling fast. Visit pafamily.org/banquet to get your ticket!