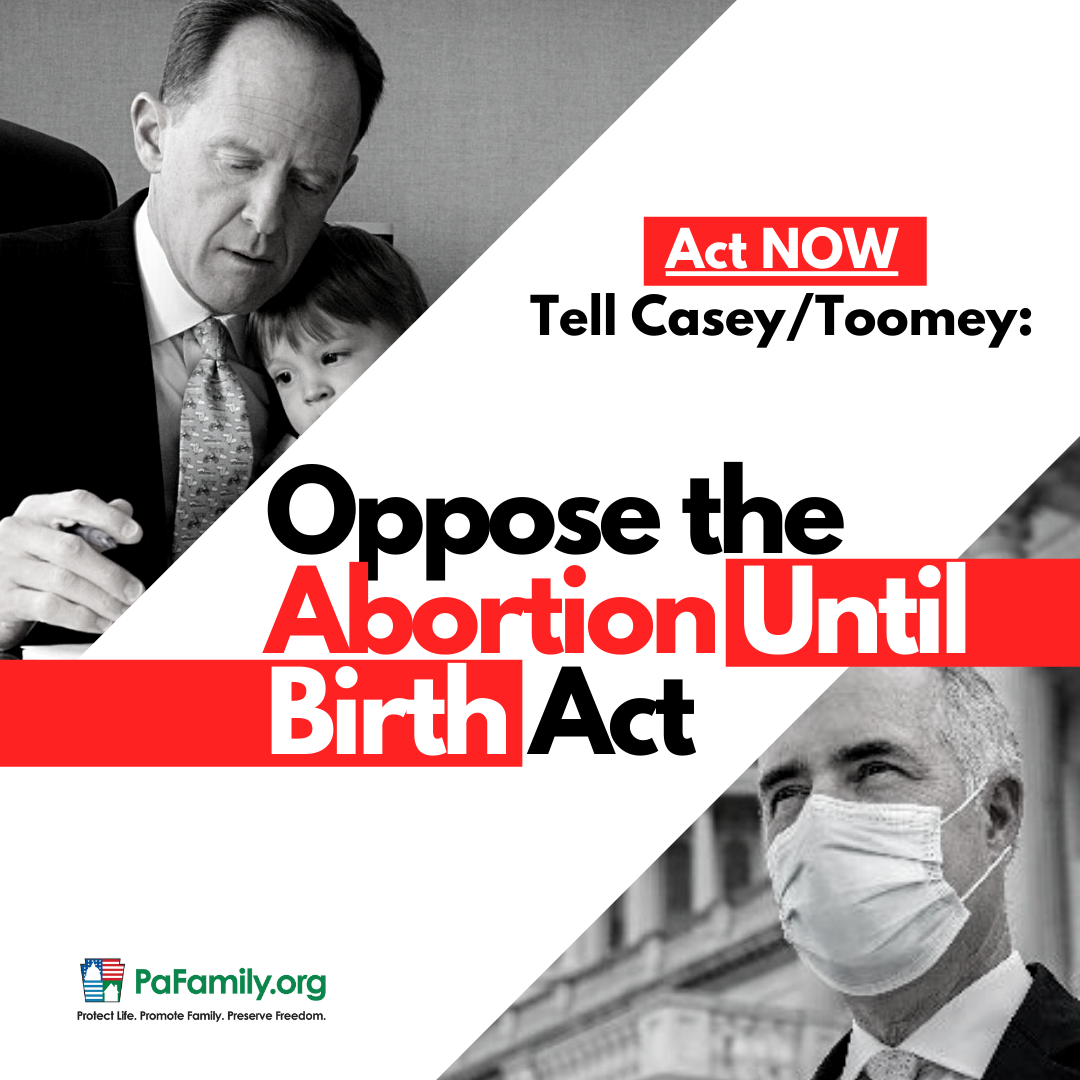 The U.S. Senate is scheduled to vote soon on a radical abortion bill that threatens to overturn every pro-life law in the country.

A vote to advance debate on the so-called “Women’s Health Protection Act” – or better described as the Abortion Until Birth Act – is set for Monday, February 28th. The bill would codify abortion on-demand through all nine months of pregnancy and would repeal nearly every pro-life law passed by every state, including Pennsylvania.

Our current pro-life laws such as informed consent, a 24-hour waiting period, 24-week gestational age limit and clinic regulations passed after Gosnell’s House of Horrors discovery would all be struck down with this federal legislation.

Radically pro-abortion democrats are deceptively calling this bill (H.R. 3755) the Women’s Health Protection Act as a way of disguising its severity and presenting a facetious narrative. As we know, abortion harms women’s health and kills innocent unborn children.

This bill is the U.S. Senate Democrats’ attempt to fight back against the success of the pro-life movement. They are especially concerned about the future of abortion as we await a decision on a Supreme Court case that could overturn Roe v. Wade.

We must let him know that Pennsylvanians disagree and oppose the Abortion Until Birth Act.

PA Family continues to work towards combating the abortion industry’s extreme agenda, including our efforts with the Life Amendment as a response to their lawsuit before the Pennsylvania Supreme Court. Through prayer and deliberate action, we can put an end to abortion extremism and fulfill our God-given duty of protecting the unborn.

“Pro-abortion Democrats are desperate to stop the pro-life momentum demonstrated by pro-life laws advancing in state legislatures nationwide. National Democratic leaders’ support for abortion on demand without limits, at taxpayer expense, is extreme – and grossly out of step with the majority of Americans who support common ground pro-life policies.” – Marjorie Dannenfelser, President – Susan B. Anthony List