(November 19, 2018) Today the Harrisburg-based Independence Law Center and the Alliance Defending Freedom filed a petition for review before the U.S. Supreme Court on behalf of six students in the Boyertown Area School District in Boyertown, Pa.

Unbeknownst to students or parents, the school district enacted an unwritten policy that allows students of one biological sex to access the locker room and restrooms of the opposite sex if they identify with that sex.

Two of the student petitioners only learned of the policy when they were in the midst of changing in the locker room and found a member of the opposite sex undressing next to them. When a number of students went to see their principal seeking relief, they were told to “tolerate” the situation and to make it “natural.”

“Our right to bodily privacy exists because of the anatomical differences between the sexes, and that right to privacy from the opposite sex is most profound in those places specifically set apart to undress outside of the presence of the opposite sex,” added Wenger. 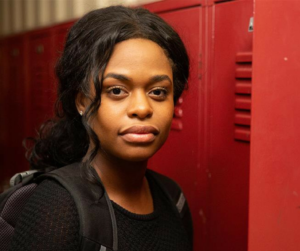 Alexis Lightcap, one of the Boyertown students involved in the lawsuit.

Independence Law Center and ADF attorneys filed the petition today with the Supreme Court after the U.S. Court of Appeals for the Third Circuit ruled against the students in July. They are seeking court action to reinstate the school’s prior and longstanding policy so that only biological girls use the girls’ facilities and only biological boys use the boys’ facilities.

“A girl’s privacy doesn’t spring into existence or cease to exist based on what a boy thinks about his gender,” said Jeremy Samek, Independence Law Center Senior Counsel.

This is one example of how you help people by partnering with the Pennsylvania Family Institute. Right now, we have an opportunity to head into 2019 even stronger with a generous partner presenting us with a $50,000 challenge gift. We’re getting close to meeting this challenge and I hope you will consider giving generously to our work. To donate, go to pafamily.org/challenge.