After Gosnell: What the Abortion Industry Unashamedly Fought (and, thankfully, Failed) to Stop

PA Family Institute played a critical role in turning the tide for Pennsylvania to pass a law and fix some of the problems uncovered with Kermit Gosnell’s House of Horrors. The abortion industry did everything they could to stop it.

“There is no justification for denying abortion patients the protections available to every other patient of an ambulatory surgical facility, and no reason to exempt abortion clinics from meeting these standards.” Gosnell Grand Jury Report (Page 249) 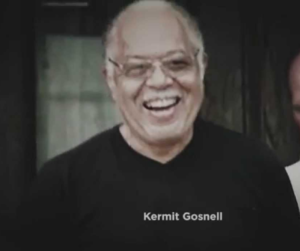 America’s biggest serial killer – Kermit Gosnell – not only showed the world how horrific abortion can be but also how extreme abortion businesses like Planned Parenthood truly are. The abortion industry – led by the largest abortion business of Planned Parenthood – attempt to stop any law that remotely relates to a limit on abortion, no matter how reasonable and needed that law may be. A prime example is what happened with Kermit Gosnell.

Gosnell, the former West Philadelphia “doctor” that killed countless babies and endangered women, was convicted of three counts of first-degree murder for the death of three babies that were born alive and killed. His crimes, once they finally were uncovered, sparked Pennsylvania to eventually pass a law that hopefully will stop another Gosnell “House of Horrors” from happening again.

The law now classifies abortion clinics as ambulatory surgical facilities – something the grand jury recommended. This classification makes all surgical abortion centers in Pennsylvania follow the same rules that every other surgical facility follows. These same health and safety regulations is what Planned Parenthood called “dangerous,” “burdensome” and “unnecessary” as they fought against its passage.

Mind you, this supposedly “unnecessary” law is what resulted in shutting down an abortion clinic in Harrisburg last year that failed a myriad of safety violations in it’s mandatory state inspection. Some of those violations were not having an RN on staff, failing to complete Child Protective Services background checks, failing to throw out expired material, and failing to secure drugs appropriately. “Unborn children are safer today,” commented PA Family Institute President Michael Geer after their license was revoked. “THANK YOU to all those who helped us pass SB732/HB974 (2011-2012)…Involved citizenship makes a difference, and saves lives.” 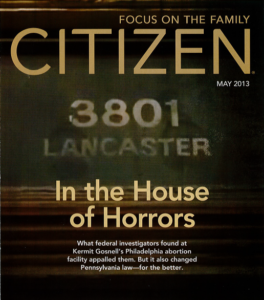 This law was not automatic and almost didn’t happen. The story is one to recount, something columnist Matt Kaufman summarized in his featured article in Focus on the Family‘s Citizen Magazine, entitled “Shocked Into Action” (first published on April 16, 2013). Here’s most of that featured article: 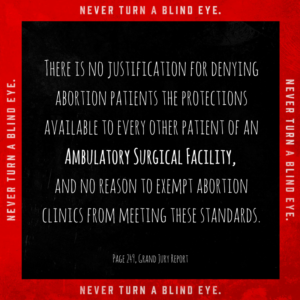 The Gosnell Movie is now in select theaters. For details, visit GosnellMovie.com. Once you see the movie, see the documentary that interviews the real people involved – including Gosnell. To watch the documentary and for more information, visit 3801Lancaster.com.