The Trump Administration and the Department of Health and Human Services (HHS) recently announced the Protect Life Rule – which would stop Title X funding for organizations that perform or refer for abortions, like Planned Parenthood.

This regulation was first instituted by the Reagan Administration and upheld by the U.S. Supreme Court, but then eliminated by President Clinton, and never reinstated.

This rule is an important step in disentangling taxpayers from the abortion industry. The rule would not eliminate any current funding for family planning services but would divert $50-$60 million away from Planned Parenthood to other Title X recipients, like community health centers, that do not perform or refer for abortions.

The Protect Life Rule would say loud and clear that abortion is not healthcare, and no taxpayer should be forced to subsidize the abortion industry!

HHS is taking public comment about the proposed Protect Life rule until July 31st. Thousands of comments already have been submitted. Now is the time to make your voice heard. Comments submitted by the public are reviewed by HHS staff, and responded to and/or included in policy revisions.

To note, any comment that is submitted will also be made available to the public. That means that if you do not want personally identifiable information (such as name, address, or other contact information) or confidential business information made public, don’t include it. Comments may be submitted anonymously.

I support the Protect Life rule, which will restrict Title X funding from going to any organization that performs or refers for abortion. Abortion is not healthcare, and taxpayers should no longer be forced to subsidize the abortion industry. 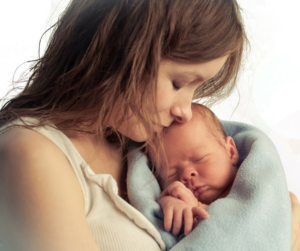