Today, the United States Supreme Court issued a great ruling for life and free speech by striking down a California law that forced pro-life pregnancy resource centers to advertise for abortion.

Justice Clarence Thomas, who wrote the 5-4 majority opinion, wrote, “the people lose when the government is the one deciding which ideas should prevail.”

In a concurring opinion, Justice Anthony Kennedy wrote, “Governments must not be allowed to force persons to express a message contrary to their deepest convictions. Freedom of speech secures freedom of thought and belief. This law imperils those liberties.”

People across Pennsylvania are praising this victory. “This decision fits right into our Pennsylvania Abortion Control Act that expresses the intent with any public policy should be to foster a culture of life by ‘encouraging childbirth over abortion,’” says Tom Shaheen, Vice President for Policy at Pennsylvania Family Council. “This decision makes it clear that targeting pro-life pregnancy centers is wrong and that the government must respect pro-life beliefs.”

Amy Scheuring is the Executive Director for Women’s Choice Network in Pittsburgh. “No one should be forced to provide free advertising for the abortion industry – least of all pro-life pregnancy centers,” says Scheuring. “The court’s decision affirmed that here in America, we don’t force people to say things they don’t believe.”

“Every mother and father should have an opportunity to be informed about all the options in front of them. When the government compels us to direct a pregnant woman toward abortion, she is no longer able to make a fully informed decision. This is not just a victory for medical pregnancy clinics like ours. This decision affirms that no American should be compelled or forced by the government to promote a service that violates their conscience.”

Lisa Hosler is the President of Susquehanna Valley Pregnancy Services, which serves communities in Lancaster and Lebanon. “We applaud the Supreme Court’s decision that affirms the right of pro-life pregnancy centers to not provide free advertising for the abortion industry,” says Hosler. “We are grateful that ADF/NIFLA defended our freedom so that we can concentrate on the very important, and daily, work of serving women and men who are caring for their children and raising their families. These parents need our energy and attention focused on them, and not on defending ourselves against a law designed to force us to point women toward abortion.”

“Abortion hurts women, hurts families, and takes the lives of preborn babies—which is why we as a ministry have deeply-held convictions against it, and why we work tirelessly to provide compassion, hope, and free practical resources for women and men facing an unintended pregnancy.”

Pennsylvania Family Council thanks our friends at the Alliance Defending Freedom for their work in this case for the betterment of families both in Pennsylvania and across the country. “Tolerance and respect for good-faith differences of opinion are essential in a diverse society like ours,” states Michael Farris, CEO for Alliance Defending Freedom. “They enable us to coexist peacefully with one another. If we want to have freedom for ourselves, we have to extend it to others.”

At Pennsylvania Family Council, we joined 40 other family policy organizations in an amici curiae brief drafted by David French in support of the pregnancy centers. In the brief, French concluded:

“Compelled speech is not the answer to cultural conflict. This court must not render professionals second-class citizens with diminished constitutional rights. There are few state actions more repugnant to the consciences of sincere, pro-life citizens than demanding that they advertise free or low-cost access to the deadly procedure they work so mightily to oppose.”

That’s why the work of Pennsylvania Family Council (PFC) and Alliance Defending Freedom (ADF) matters. PFC exists to promote public policy that ensures constitutional rights for families across Pennsylvania. ADF then goes after unjust laws like California’s in the courts to protect those same rights. 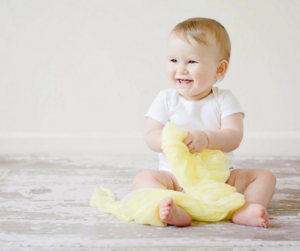