Today, while members of the State Senate stand to condemn the aborting of babies diagnosed with Down syndrome, Pennsylvania’s Governor joins the state’s largest abortion business – Planned Parenthood – for another photo-op.

A recent CBS report praised Iceland for virtually eliminating Down syndrome, yet this seeming “accomplishment” only happened because that country is now proudly aborting 100% of those with a prenatal Down syndrome diagnosis. That’s not eliminating a disease, it’s eliminating people. 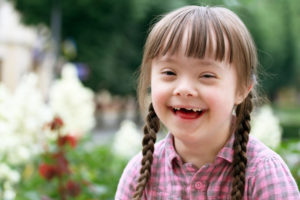 There is no question that a person with Down syndrome has the potential to lead a joyful and fulfilling life. The notion that a child with Down syndrome is better off unborn, is disproved every day by the hundreds of thousands of individuals currently living with the diagnosis, and the joy and love their families and friends experience from their lives, regardless of how society may perceive their value or worth.

Freshman Senator Scott Martin, R-Lancaster, has introduced Senate Resolution 174 (and now legislation that is House Bill 2050 and Senate Bill 1050 – pafamily.org/downsyndrome) condemning the practice of aborting unborn babies with Down syndrome. We thank Senator Martin, Sen. John Eichelberger, Senate President Pro Tempore Joe Scarnati and the other co-sponsors of this bipartisan resolution standing up for the rights of ALL people to live and thrive to their full potential.

ACTION 1 OF 2: Encourage your State Senator to support children born with Down syndrome by co-sponsoring and voting YES on the Down Syndrome Protection Act.

Meanwhile, Governor Tom Wolf is in Montgomery County at yet another event with Planned Parenthood, the largest abortion business in Pennsylvania, pledging his support for the “good work” they do of aborting unborn human lives. 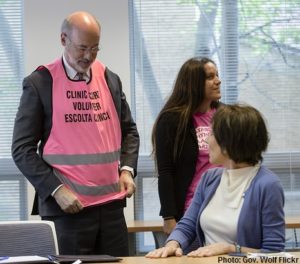 The second stop was in Philadelphia at the Elizabeth Blackwell Center – the single largest abortion site for Planned Parenthood in Pennsylvania. Here he offered his praise, where over 20,000 babies have been aborted since 2013. He also brandished a Planned Parenthood escort vest (pictured here) – reminiscing of his past experiences as a volunteer for the abortion giant.

“…the common and statutory law of Pennsylvania shall be construed so as to extend to the unborn the equal protection of the laws and to further the public policy of this Commonwealth encouraging childbirth over abortion.”

We’re thankful that our State Senate understands and honors this. If only Governor Wolf followed their example.

ACTION 2 OF 2: Tell Governor Wolf to stop propping up the beleaguered Planned Parenthood.