Farmer Banned From Market: Why This Should Concern You

Steve Tennes and his wife own a working produce farm where they also host wedding ceremonies and receptions. As Catholics who believes in traditional marriage they decided the farm will not be used for same-sex wedding ceremonies. Tennes is also a long-standing member of the East Lansing Farmers’ Market, where he sells his fruit, even though his farm is not located in East Lansing. At first glance, someone would be hard-pressed to find a connection between Tennes’ farm as a wedding venue and Tennes’ involvement in the farmers’ market. But when East Lansing officials reached well beyond their borders to punish Tennes for his beliefs, these two facts intersect in East Lansing’s actions against Tennes for his religious beliefs, where a local ordinance overreached its jurisdiction to extend to Country Mill Farm.

East Lansing decided that the city’s “sexual orientation and gender identity” (SOGI) ordinance should apply to Tennes after seeing his Facebook comments affirming traditional marriage, but not same-sex marriage. Since Tennes does not reside in East Lansing, the city bypassed that integral fact by requiring its farmers’ market vendors to abide by statements pulled from the SOGI ordinance. As a result it makes the ability to sell produce at a farmers’ market conditional upon giving up one’s rights to free speech, free press, and free exercise of religion. No individual had ever complained to any authority of discriminatory treatment from Tennes, but the government decided to act against Tennes regardless of any citizen complaint.

The court case against the City of East Lansing provides an excellent practical example of these abstract dangers of SOGI laws. These laws are characterized by language that “lack[s] clear definitions of what discrimination on the basis of ‘sexual orientation’ and ‘gender identity’ means, what conduct can and cannot be penalized,” and allows for decisions to be made off of subjectivity rather than objectivity. (Ryan Anderson: “Sexual Orientation and Gender Identity (SOGI) Laws Threaten Freedom.”)

In fact, the idea of expanding discrimination to include sexual orientation and gender identity is based on a changing descriptor since the very crux of these movements is that gender and sexuality is fluid and that there is not one correct expression. For every class protected by anti-discrimination laws, their descriptors are based off of immutable and unchangeable characteristics such as race and age.

Instituting sexual orientation and gender identity as part of anti-discrimination legislation places business owners with sincerely held religious beliefs about marriage and sexuality in the position of choosing between their beliefs and their businesses. This means that there is a loss of needed services as evidenced by religiously-oriented foster services closing because SOGI laws prohibited Catholic Charities in numerous states from only placing children in heterosexual marriage households. As such, Catholic Charities was barred from exercising their First Amendment rights.

Furthermore, this governmental intervention is unnecessary due to market forces that already prevent systematic, genuine discrimination of individuals for services. Likewise, since people have diverse beliefs there are diverse options, including wedding venues specifically for same-sex couples which affirms the idea that an “abundance of competitive alternatives means that federal and state governments never have a legitimate interest in forcing unwilling people into business with others.” (Richard Epstein – “The Problem with Anti-Discrimination Laws.”). In fact, many of the business owners that have recently been stuck in legal battles over this very issue directed individuals to other businesses who had no problem supporting a same-sex marriage. These actions prove the success of a free market system that allows customers to receive services from willing providers and allows business owners to abide by their beliefs.

WHY SHOULD PENNSYLVANIA CARE?

Pennsylvania is not immune to this dilemma facing other states, but is in fact exhibiting signs of moving in a similar direction. The enactment of local SOGI ordinances preceded the statewide passage in Utah of adding sexual orientation and gender identity to its anti-discrimination law. A rise in local ordinances here in PA could create a similar result.

For the case involving the Michigan farmer, Alliance Defending Freedom (ADF) is representing Tennes and asserts that the City of East Lansing violated numerous First Amendment rights, including free speech, free press, free exercise of religion, and the establishment clause. Instead of neither inhibiting nor aiding religion, the intention of the establishment clause, East Lansing supported one viewpoint over another by allowing farm vendors to affirm same-sex marriages in their free speech and press, while not providing the same protection to Tennes about traditional marriage. Furthermore, ADF states that Tennes’ Fourteenth Amendment rights, equal protection and due process, have also been violated.

Beyond looking to other states and seeing similar warning signs, Pennsylvania has had its own large-scale attempts in the form of the Pennsylvania Human Relations Commission proposed guidance change to state law and the recently-proposed Bathroom Bills (SB 613/HB 1410). Across the state, numerous municipalities and cities have passed these ordinances, but there have been some such as Luzerne County’s attempt that have been prevented by concerned citizens.

Pennsylvanians should be concerned that a SOGI ordinance, whether state-wide or local, will inhibit the ability of religiously-minded individuals to practice not only their religion, but also the ability to express one’s opinions in accordance with First Amendment protections. If these attempts are not stopped, businesses across Pennsylvania may find themselves faced with the denial of rights and a choice between their livelihood and their religious beliefs. 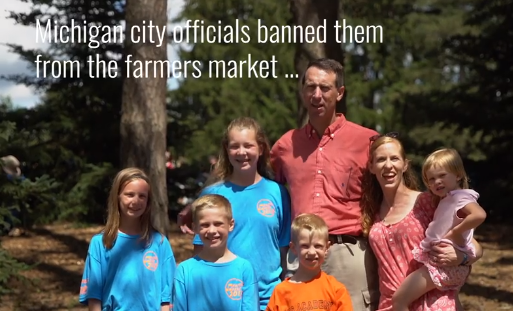