Randall Wenger, Chief Counsel with Independence Law Center who is representing the student from Boyertown Area School District now suing the school for sexual harassment and violating his bodily privacy, was recently interviewed by Greg Barton on the Spotlight program for WDAC radio. Here is part of the interview:

Barton: The plaintiff in this case is being called “Joel Doe.” Now, he offered not to go forward with the lawsuit if the district agreed not to continue with this policy. What has the district decided on doing at this point? 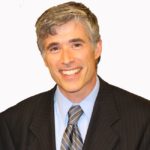 Wenger: Sometimes folks just don’t know better and when they’re confronted with the facts, they do the right thing. We wanted to give time to the school district to set things right. Well, the school district had a school board meeting recently and after a very long meeting with  more than 30 people speaking, they voted 6-3 to keep the policy and now we’re left with no recourse but to push this case forward zealously.

Barton: Can you share a little about the tone at that meeting?

Wenger: There were people on both sides of this issue speaking. It was very interesting hearing the folks talking in favor of the policy. They talked as if you don’t agree with opening bathrooms, you’re just old-fashioned, hateful and bigoted.

But its funny, we’ve been telling our kids for decades that you should guard your personal privacy and you don’t need to take your clothes off in order to show someone that you love them. Now we’re being told, well, yes except in the case of locker rooms and showers and places like that you do. I think a lot of folks have been told over and over again that it’s just bigoted and hateful.

I think we need to remember that distinctions like anatomical sex matters. That’s the only reason we have separate facilities for men and women. Were anatomy not relevant, there would be no reason to have separate restrooms, locker rooms and showers. We’d just have all one big room. But we all recognize that there’s something important. And that something is found all over our cases, it’s found all over our statutes as well – our PA School Code even – explaining that there’s to be separate facilities for boys and girls and they are to be separated, not shared. Because this is something that we have recognized forever to be a societal norm and one of those societal norms that I think serves us in very significant ways.

Barton: The ACLU has announced that they are going to defend the district’s policy. Were you anticipating that the ACLU would do this?

Wenger: It’s certainly no surprise. They want to be part of this fight as well. But what it means now is we’re dealing not only with the school district’s attorneys but also the ACLU attorneys. But, God has blessed us with a great team. We are working with the Alliance Defending Freedom (ADF) and feel like we have a great team in place with a level of experience and we’re right here on the ground in Pennsylvania and can deal with issues that are problems not only for the Boyertown Area School District but a lot of school districts are looking to see what the outcome of this case is, both here in Pennsylvania and nationally. There’s an opportunity to set things right not only for Joel Doe and his fellow students in Boyertown but for others who are looking to have these issues vetted before a court so that the case for personal privacy can be adequately made.

Barton: Where will this lawsuit be heard?

Wenger: We filed this in federal court in the Eastern district of Pennsylvania. There’s the state court system and the federal. The federal courts are divided geographically so we are in the federal district on the eastern part of Pennsylvania and is headquartered in Philadelphia. The case has been assigned a federal judge. I would anticipate we will be before the judge probably within the next six weeks or so in order to make the case.

For a summary of the case and to read the complaint, click here. For a video summary, click here.

Here is the full interview on WDAC‘s Spotlight program with Greg Barton: