Harrisburg, PA – Today, Pennsylvania Family Council stands for privacy, freedom and tolerance by joining the Defend My Privacy Rally in order to bring awareness and action against proposed state legislation that would remove fundamental rights from Pennsylvania citizens.

“Employers should not be forced to open their women-only locker rooms, showers and restrooms to men who identify as a woman, or vice versa,” says Michael Geer, President of the Pennsylvania Family Council. “There nothing fair about the government forcing such a policy on Pennsylvanians.”

Senate Bills 1307, 1316, 974 and House Bill 1510 – the Bathroom Bills – would force businesses, schools and ministries to permit men to use women’s restrooms, locker rooms and shower facilities (and vice versa).

“I’m a mom of three young girls,” said Carla D’Addesi, spokeswoman for the Defend My Privacy Coalition. “I want to make sure that my children’s expectation of privacy and their safety is not being infringed upon.”

Not only is personal privacy at risk but the right to religious freedom for individuals, churches, ministries and business owners.

“It also would force business owners to choose whether to violate their sincerely-held religious beliefs or to be subject to potential fines and lawsuits,” added Wenger.

Pennsylvania Family Council is a non-profit organization that provides a platform for informing and coordinating with those Pennsylvanians who care deeply about liberty and the cultural and societal issues that affect the family. Visit pafamily.org for more information. 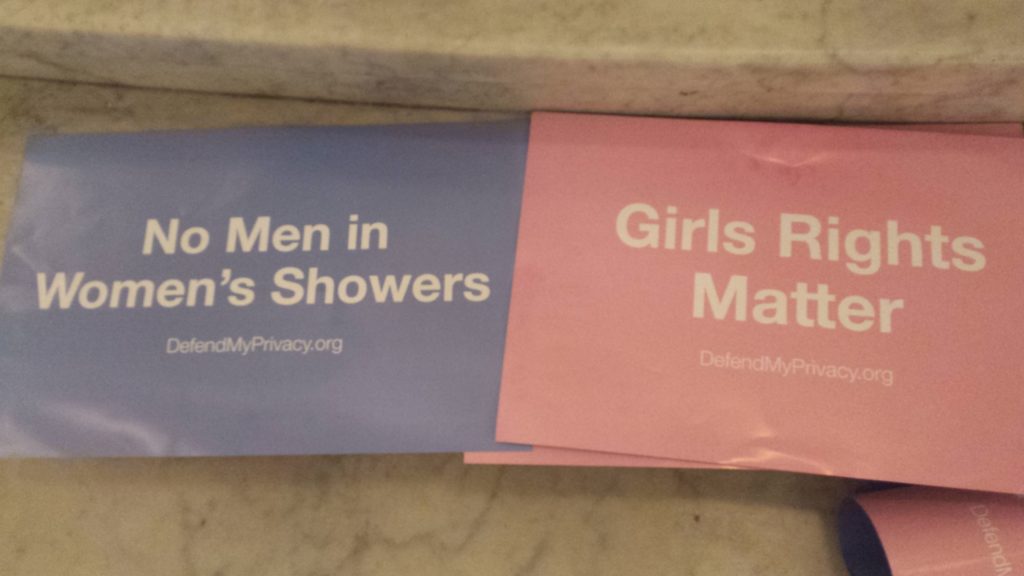