Some special interest groups in Pennsylvania have tried to sell elected officials on the notion that if Pennsylvania is to compete with other states we must pass the proposed Bathroom Bills – HB 1510 & SB 974.

So what is the economic landscape of states with and without this type of law? Let’s take a look:

(This analysis was made by our friends at the Alliance Defending Freedom. Often referred to as a SOGI law, these laws add the special statuses of “sexual orientation,” “gender identity” and “gender expression” into law covering public accommodations and employment) 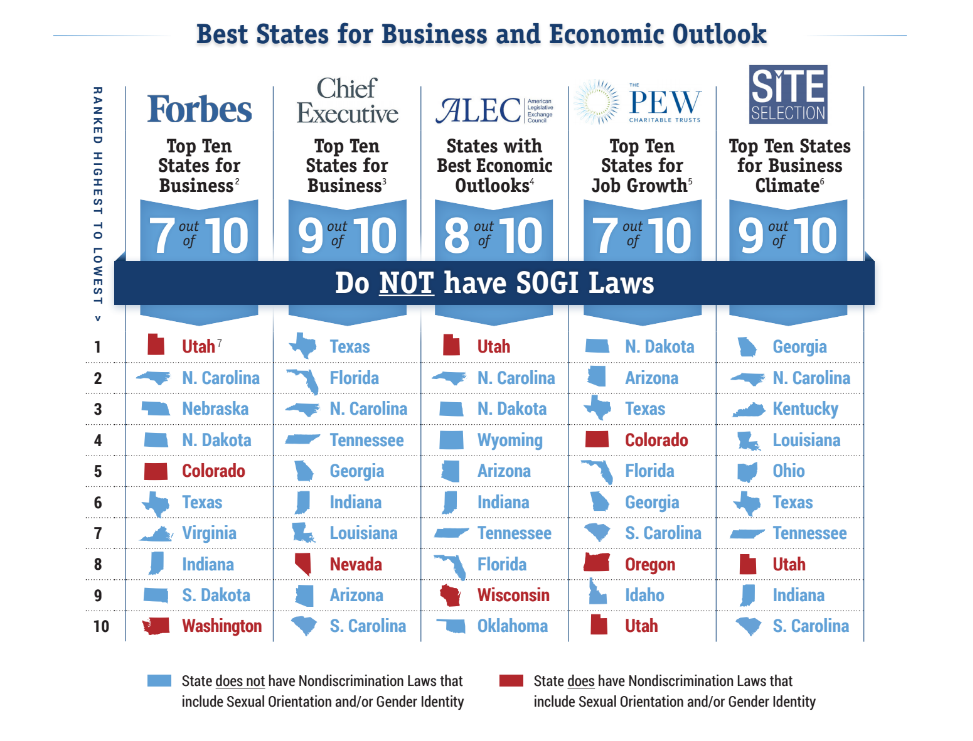 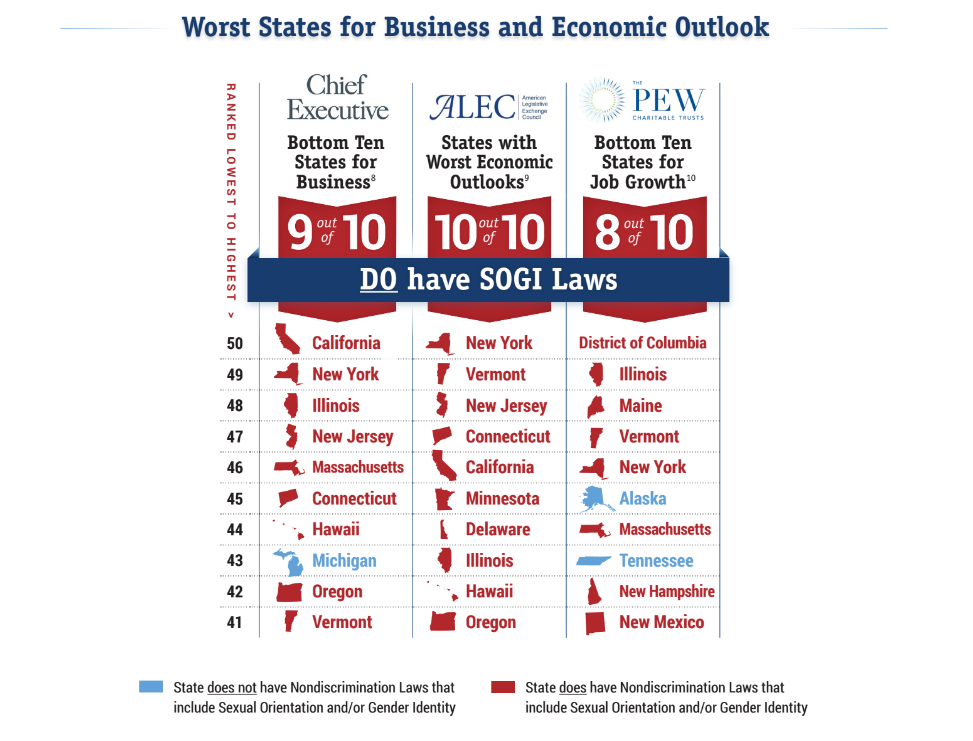 It is false to claim that passing the Bathroom Bills will make Pennsylvania a more competitive state. Not only that, but HB1510 and SB974 would throw away citizens’ privacy rights and hinder religious freedom.