Yes, HB1510 & SB974 are PA’s Bathroom Bills because that’s exactly what they impact

Some Pennsylvania lawmakers are saying HB1510 & SB974 – PA’s Bathroom Bills – have nothing to do with bathrooms. So, let’s clear this up for everyone:

HB 1510 & SB 974 would add the special status of “sexual orientation,” “gender identity,” and “gender expression” into Pennsylvania’s Human Relations Act in the area of public accommodations.

Public accommodation is defined in PA’s Human Relations Act as “any accommodation which is open to, accepts or solicits the patronage of the general public.” It specifically lists out 56 categories of businesses that it covers, including swimming pools, amusement parks and schools.

This change would force all ladies’ or men’s restrooms, locker rooms, and showers to be accessible to anyone who self-identifies as a different gender, regardless of actual biological sex.

Thus, a man could enter a girl’s or women’s locker room, and if challenged, simply claim to identify as a women. Such a person would be allowed by law to remain, despite the legitimate privacy and safety concerns of the other occupants.

Look what’s happened in other states with the very same kind of laws as the HB 1510 & SB 974 proposals:

Maine – After passing this same-type of legislation in Maine, a school was fined $75,000 for simply maintaining separate restrooms for boys and girls, and providing a reasonable accommodation of allowing a biologically-male student who identifies as a girl to use either the boys or staff restroom. Maine’s State Supreme Court ordered the school to permit any biologically-male students that identify themselves as a girl to use both the boys and girls restrooms, showers and locker rooms. In their 5-1 decision, the Court concluded “that discrimination in the public accommodation of communal bathrooms is prohibited based on sexual orientation.”

Washington – After adding the special status of “sexual orientation” and “gender expression or identity” to public accommodation law, Washington State’s Human Rights Commission declared a new bathroom policy. “The state Human Rights Commission says its new regulation is not introducing a new right, but clarifying a 2006 state law prohibiting discrimination on the basis of sexual orientation or gender identity.”

HB 1510 and SB 974 is sweeping legislation that puts your personal privacy at risk in public showers, restrooms, locker rooms and more. 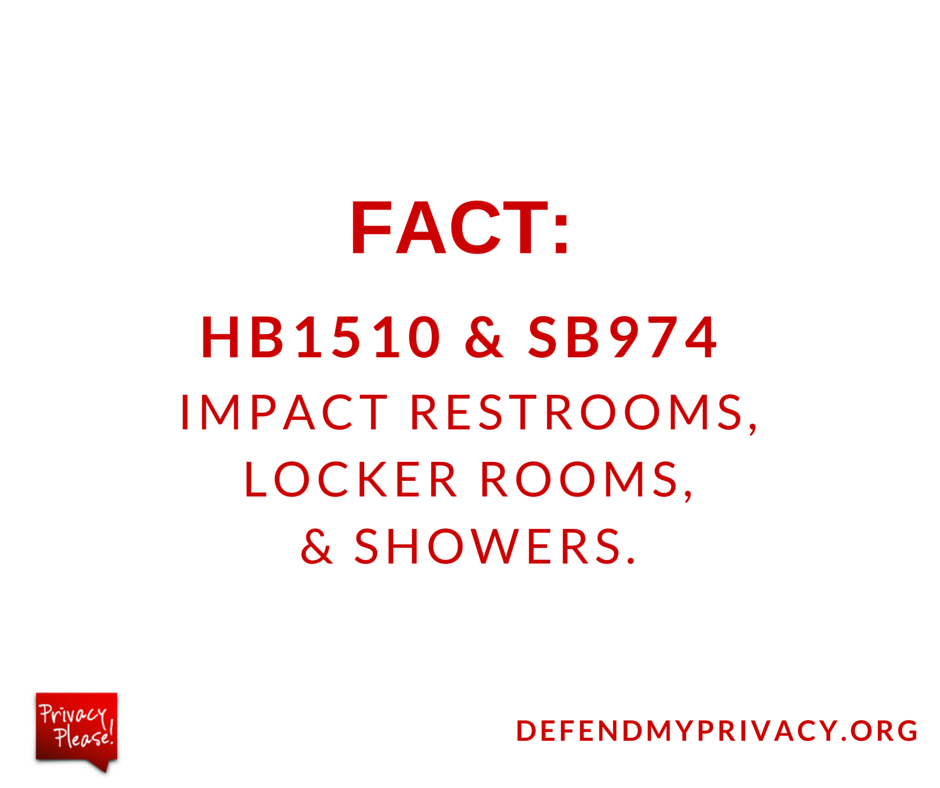