Playing by the same rules. It’s one of those simple life-lessons you learn as a kid. Yet grown-ups tend to forget and make things more complicated than they should be.

Why do some states have a different set of rules for surgical abortion facilities than for every other type of surgical location? Several years ago that was the elephant in the room for Pennsylvania after the horrifying discovery of Kermit Gosnell and his late-term abortion practices that went without state inspection for decades.

Today, the elephant has moved to Texas, where there is now a case before the U.S. Supreme Court which will decide if state officials are allowed to address the issue of abortion standards.

This week a bipartisan group of 53 Pennsylvania state lawmakers were among more than 450 officials from across the country to sign a brief defending the action by Texas to regulate health and safety standards of abortion facilities by classifying them as ambulatory surgical centers.

Back in 2011, another bipartisan group of Pennsylvania’s 151 State Representatives and 32 State Senators agreed with the common-sense response to Kermit Gosnell – Pennsylvania abortion clinics have to follow the same inspection and safety regulations that every other surgical center in the state has to follow.

Amazingly, that’s not the sense the Pennsylvania abortion industry had in mind. The state’s largest abortion business – Planned Parenthood – claimed this action would “ultimately put a majority of abortion care facilities out of business in PA.”

Now four years after the regulations took effect, the vast majority of abortion facilities in Pennsylvania are still in business – and profiting.

For example, Planned Parenthood of Western Pennsylvania claims to have spent $300,000 to align with the ambulatory surgical center standards; 5% of their total revenue in 2013. They called this new standard “onerous.” 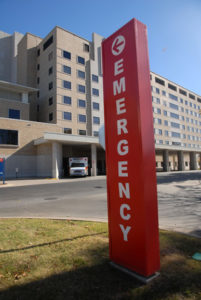 Apparently it is onerous to have standards like a hallway wide enough for emergency personnel to access patients. Tell the family of Karnamaya Mongar, killed by a botched abortion in Gosnell’s facility, that it doesn’t matter. In trying to transport her to a hospital, they lost precious time because the building’s narrow hallways could not accommodate a stretcher.

Not only is it good for women to have abortion facilities with ambulatory surgical center standards, but the financial investment isn’t a problem for Planned Parenthood. The net revenue of just Planned Parenthood Western PA in their last two reporting years was over $1.4 million.

There is no good reason not to treat every surgical facility the same way; including those performing abortion surgeries. The Philadelphia grand jury charged with investigating Kermit Gosnell made this point clear: “There is no justification for denying abortion patients the protections available to every other patient of an ambulatory surgical facility and no reason to exempt abortion clinics from meeting these standards.”

Abortion is big business, with Planned Parenthood as the biggest fish; spending record amounts on campaigns for pro-choice political candidates and receiving millions in taxpayer funding. This is all the more reason why abortion facilities – in Pennsylvania, in Texas and across the country – should be held to the same standards of any surgical center.