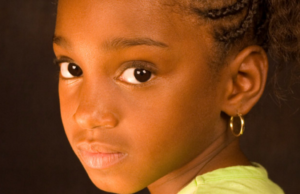 “Why is our Governor doing nothing for thousands of parents that are either at or below the poverty line who rely on these scholarships in order to give their children the best education?” says Michael Geer, president of the Pennsylvania Family Institute.

The Pennsylvania Family Institute is one of over 6,000 approved organizations that help to distribute both EITC and OSTC scholarship aid. Since the program’s inception, they have given over $657 million to low-income Pennsylvania families for tuition assistance.

Under the program guidelines, each year businesses are approved to receive a tax credit for their scholarship donations. Without an approval letter this year, a business is forced to look elsewhere for making donations. The closer to December 31, the more unlikely it will be for businesses to make year-end EITC/OSTC donations; significantly impacting the availability of scholarship aid in 2016.

The Department of Community and Economic Development is currently holding all approval letters until a budget deal has been reached. “It is unnecessary for the already-approved letters to be blocked,” added Michael Geer. “Governor Wolf has had the opportunity to order a release of these letters and thus far has done nothing. We urge him to reconsider and to order their release.”

Last June, Governor Wolf wrote about his budget proposal and directed comments to the General Assembly: “Some in the legislature have a choice. They can decide to be for more profits for oil and gas companies — or they can decide to help make a child’s life in Pennsylvania brighter by funding schools.”

Governor Wolf, you have a choice. You can decide to be for more taxes and more unions – or you can decide to help make a child’s life in Pennsylvania brighter by releasing EITC and OSTC approval letters.

TAKE ACTION: Call Governor Wolf at 717-787-2500 and tell him to release the EITC and OSTC approval letters now.