Is it fair to make violating your beliefs the price of citizenship?

Elaine Huguenin is a Christian photographer in New Mexico.  Back before marriage had even been redefined in that state, Huguenin was asked to photograph a same-sex commitment ceremony.  Knowing both that she could not use her artistic talents to celebrate such an event and that the potential client would not be best served by her, Huguenin declined the business.

Although same-sex marriage had not yet come to New Mexico, the state did have a “non-discrimination” law on the books—a law similar to Pennsylvania’s proposed “Fairness Act.”  Even though Huguenin would have been happy to photograph the potential client for other types of events—that is, her objection had nothing to do with their identifying with the LGBT community as such—the couple brought suit under New Mexico’s version of the “Fairness Act.”

Lower state courts ruled against Huguenin, but the case was appealed all the way to the Supreme Court of New Mexico.  That court, however, also ruled against Huguenin, charging her nearly $7,000 in legal fees.  More important than the fine, though, was a key line in the court’s opinion.  In explaining his ruling against Huguenin, the presiding judge affirmed plainly that violating one’s conscience is, from time to time, “the price of citizenship.”

It’s hard to imagine a statement that more plainly cuts to the heart of religious liberty than this one, straightforwardly saying that, where the policy of the state and the individual conscience conflict, no accommodation can be given and the conscience must give way.

There’s nothing fair about forcing someone to check their conscience at the door to public life as the “price of citizenship.”  And the vast majority of Americans agree. But that’s exactly what the “Fairness Act” would do.  Contact your representative and senator today and ask them to oppose this unfair and unjust proposal.

Please contact your state representative and senator and ask them to oppose HB 1510 / SB 974. 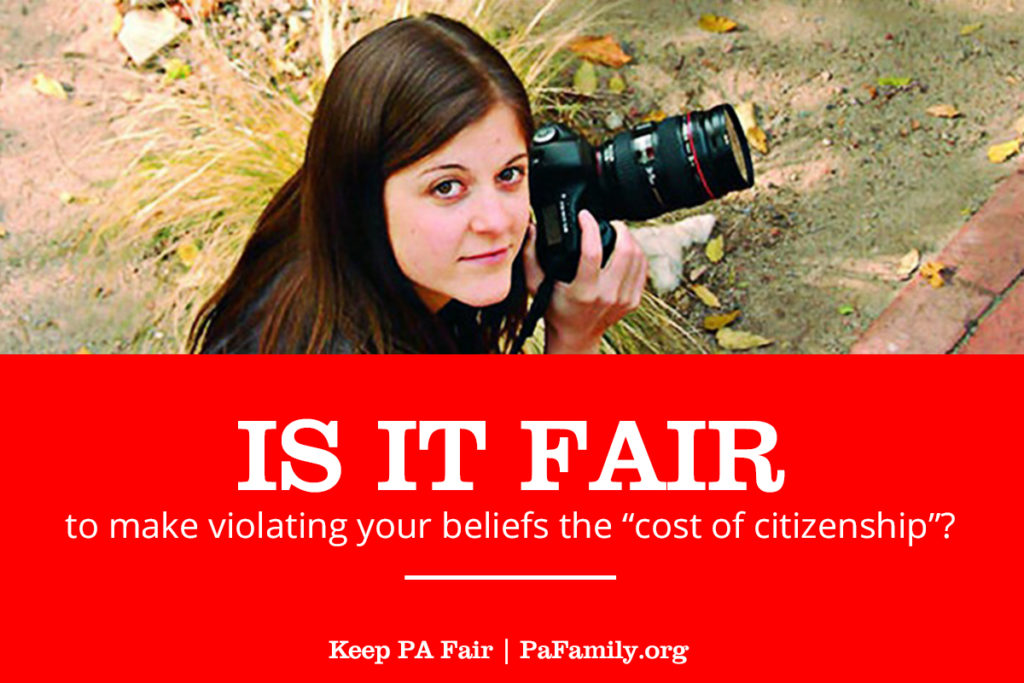