What we learned about Planned Parenthood Keystone from the #PPSellsBabyParts video

Just released by the Center for Medical Progress (the group behind the #PPSellsBabyParts videos) is a 33-minute conversation recorded on March 18, 2015, talking with Vanessa Russo, the Compliance Program Administrator for Planned Parenthood Keystone (one of the three regions here in Pennsylvania for the abortion giant – which cover some 37 sites). (Watch the full video at bottom.) 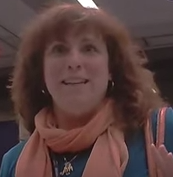 Russo, who describes her job as “Risk and Quality Management of Medical Services,” offers us a glimpse into Planned Parenthood’s activity here in Pennsylvania. Here’s what we learned:

“A company like this that wants to give our organization money for the tissue, I think that’s a valid exchange. And that that’s okay. Providing that we are very sensitive to the patient, and the consent, and all of that. I don’t see a problem with that.”

“One of the things that I’m looking at is alternatives. I’m a former researcher myself – I worked R&D and did a lot of work in advancing the lines of technology for tuberculosis and things like that nature. So I come from that world and I love this and I’d love to be able to establish something.”

“Do you have a copy of a contract that I can look at or send me so I can disseminate and talk to my people about because I’m real serious about doing this.”

2) Planned Parenthood Keystone has an abundance of aborted babies – what they call “material” – that they want to do something with.

“We have all this valuable material for research and I’m so passionate about seeing that happen and partnering with the right people.”

“I would like to go ahead right now because I feel like we have so much material to offer that it’s like a no-brainer for me.”

When asked about how many abortions are performed at their five abortion sites, Russo said with a smile: “They’re all pretty high volume.”

3) Planned Parenthood Keystone view laws protecting babies from being dismembered and sold for parts as ridiculous.

“I feel like we can’t consent to be bullied by ridiculous laws and this media that doesn’t understand the big picture. And I don’t really think that we should participate in that level of discussion and that we should operate as an organization, the way any other organization would.”

4) Protests outside of Planned Parenthood impact their disposal business.

“We’re starting to get some interesting behaviors from our disposal company [Stericycle] that doesn’t necessarily want to pick up our materials when there are protesters outside and that’s not something we can help. Hasn’t really been too much of an issue but if it progresses – like I’m trying to project and see how that’s going to go and it doesn’t seem like it’s going to go well – I would like to start to have discussions about procurement and this is absolutely the route I would choose to go in a nanosecond.”