What Happens in Lancaster if Planned Parenthood is Defunded? 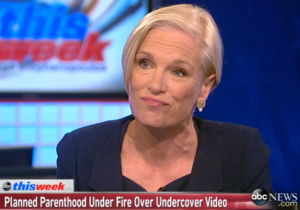 On ABC News, Planned Parenthood head Cecile Richards told George Stephanopoulos that if her organization is defunded, women would not have basic health care available in “places like Lancaster, Pennsylvania” – the one location she referenced.

According to Cecile, in response to all of the video evidence showing the organs of aborted babies being harvested, Planned Parenthood “provides a full range of health care services…including cancer screenings, birth control, STD testing and treatment, and abortion.” 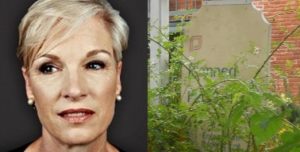 For the Lancaster community, how would those services be impacted if Planned Parenthood was defunded?

For starters, in Pennsylvania alone Planned Parenthood last reported $35.8 million in revenue; so they’re not going away simply if the government decides to end a portion of their overall revenue. But let’s just say that, if Planned Parenthood were defunded, they decide to close their Lancaster facility. What would women do?

No abortions have ever been performed at this facility – something this community is proud of. In 1998, Planned Parenthood tried to set up abortion services. The community rose up against it – garnering tens of thousands of signatures – and ultimately prevented abortion from happening in Lancaster.

If it’s the weekend, women would do what they normally do: Lancaster Planned Parenthood is already closed on weekends.

Also of note, the PA Healthy Woman Program, a free breast and cervical cancer early detection program of the Pennsylvania Department of Health, fund specific locations across the state. In Lancaster, the funded location is Lancaster General, not Planned Parenthood.

These are all clinics located specifically within Lancaster, PA. There are also regional service organizations that serve Lancaster, such as Hope Within Community Health Center in Elizabethtown, and state-funded programs like the Children’s Health Insurance Program (CHIP) that offer health care coverage at any doctor’s office.

This short video, created by Students for Life, emphasizes the health care options that already exists for women in Lancaster:

Cecile Richards – please don’t think you know about Lancaster Pennsylvania. Women have plenty of options in this community for their basic health care needs. Planned Parenthood does not own health care and ending public funding of the largest abortion business in the nation will not end the availability of these services to women.